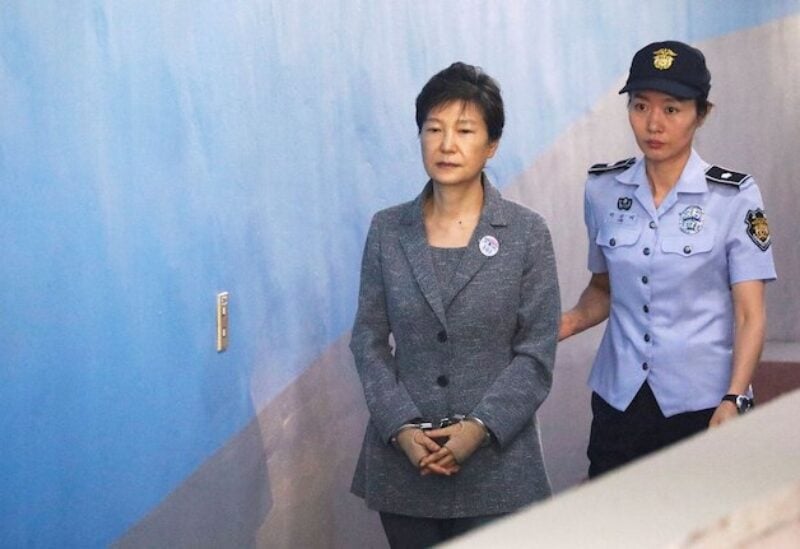 Former South Korean President Park Geun-hye was released from prison on Friday nearly five years after being convicted of corruption, fuelling debate over whether she would play any role ahead of a March presidential election.

Park, 69, was the country’s first democratically elected leader to be thrown out of office when the Constitutional Court upheld a parliament vote in 2017 to impeach her over a scandal that also led to the imprisonment of the chiefs of two conglomerates, Samsung and Lotte.

South Korea’s top court in January upheld a 20-year prison sentence imposed after Park was found guilty of colluding with a friend, who is also in jail, to receive tens of billions of won from the companies, mostly to fund her friend’s family and non-profit foundations.

Broadcasters showed Park leaving a Seoul hospital, where she had stayed since last month for medical treatment, after correction officials delivered a letter of pardon at midnight.

She did not comment but her lawyer has said Park, the daughter of a former military ruler, had offered an apology for causing public concern and thanked Moon for making a “tough decision”.

Her imprisonment divided the country, with right-wing, pro-Park groups staging weekly rallies to denounce Moon and his policies and call for Park’s release, until COVID-19 distancing rules stifled the rallies last year.

Hundreds of Park’s supporters braved freezing temperatures to flock to the hospital where she was staying late on Thursday to celebrate her release, with more than 1,000 bouquets of flowers arriving.

About 200 people held a protest in downtown Seoul against her release, the Yonhap news agency reported.

It was not clear if Park would resume any political activity but she said in a memoir released on Thursday that her conviction was politically motivated and she expressed hopes to “meet the people again one day”.

People Power’s presidential candidate Yoon Suk-yeol, who investigated the Park scandal as prosecutor-general, said on Friday he had done his job as a public servant, adding he would like to visit Park when her health improved.