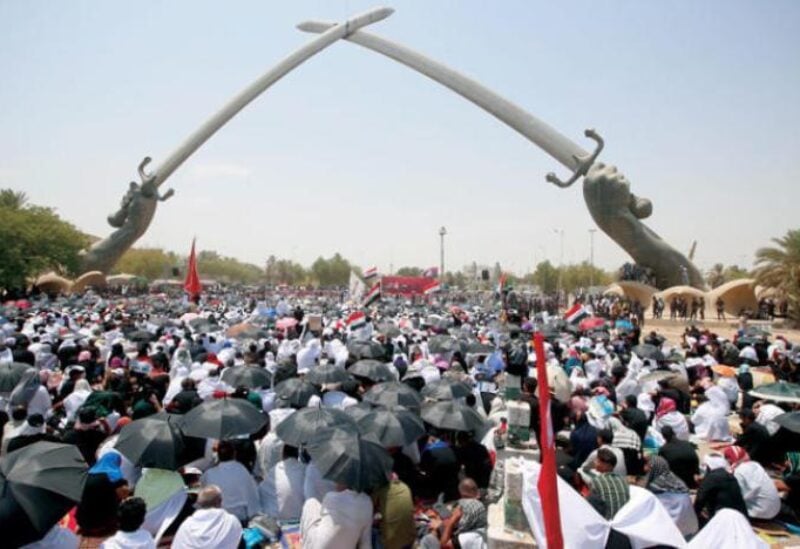 While Sadrist Movement leader Muqtada al-Sadr continues to rally popular pressure to dissolve the current Iraqi parliament, the Shiite Coordination Framework, which is practically the largest bloc in parliament, is working to thwart his ambitions.

The Coordination Framework can stop the dissolution of parliament without first reaching a settlement with Sadr.

Sadr had announced late on Saturday that his supporters would continue the protests until their demands were met.

“Positive responses came regarding the dissolution of Parliament, and there is a popular and clan response, from academics, civil society institutions, and preachers of the Husseini pulpit, and even from some scholars and from some Kurdish, Sunni and even Shiite political leaders,” tweeted Sadr.

Sadr called on those who support the dissolution of Parliament to take a “serious stand to save Iraq from the claws of corruption and dependency.”

He also called on everyone to find a common word, take serious and real actions, and to stay away from meager dialogues.

“Yes (dissolving the parliament) has become a popular, political, and elitist demand that has no alternative, and all the corrupt mouths should be silenced wherever they are,” he stated.

A well-informed Iraqi politician affirmed that while Sadr might have popular support, the Coordination Framework has a parliamentary majority that enables it to tip the balance in its favor if dissolving the parliament was put to a vote.

“Coordination Framework forces want to reach an understanding with Sadr before any measures can be discussed to dissolve parliament,” the politician, speaking under the conditions of anonymity, told Asharq Al-Awsat.

Iraq held snap parliamentary elections in October, but disagreements prevented political parties from electing a president and a prime minister for the country.

Sadrist supporters have held protests across Iraq in recent days, most notably staging a sit-in at the Parliament building, rejecting the nomination of former minister Mohammed Shia’ al-Sudani by the Coordination Framework for the post of Iraq’s prime minister.