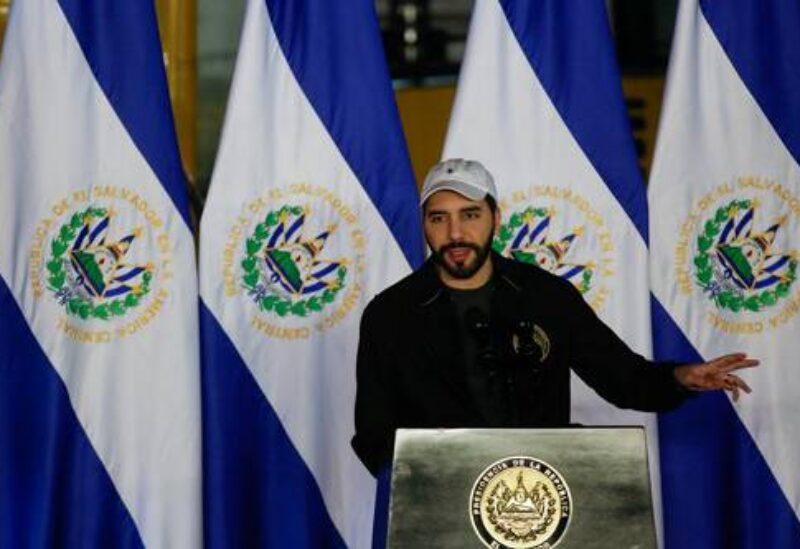 As the United States ramps up pressure on the Central American country over those talks, a former senior Salvadoran anti-corruption prosecutor claims that President Nayib Bukele’s government shut down his unit’s investigation into alleged negotiations with violent street gangs to help expand its power.

German Arriaza, the head of the attorney general’s anti-corruption unit, said his team compiled documentary and photographic evidence that Bukele’s government struck a deal with the MS-13 and Barrio 18 gangs in 2019 to reduce murder rates and help the ruling New Ideas party win legislative elections in February.

Arriaza’s comments mark the first time a former Salvadoran official has publicly accused the Bukele government of making a deal with the gangs, which have plagued the country with often brutal murders and extortions for at least two decades. The ending of Arriaza’s investigation and his flight abroad have not been reported before.

On Dec. 8, the U.S. Treasury Department also claimed the talks took place and imposed sanctions on two Salvadoran government officials it says led them, as part of a series of similar actions to mark a democracy summit hosted by President Joe Biden.

The United States is stepping up pressure on Bukele’s administration for what Washington says are anti-democratic practices such as a gutting of the judiciary. A U.S. Justice Department task force that combats M-13 crime in the United States is preparing charges against the two Salvadoran officials for their alleged role in the negotiations, two sources told Reuters this month.

The government removed Arriaza from his role in May 2021, according to his transfer notice which was seen by Reuters, after a purge by Bukele’s legislative allies that got rid of five constitutional judges and the country’s top prosecutor who were replaced by government loyalists.

Arriaza, a source in the Salvadoran Attorney General’s office and two U.S. justice officials say the probe was then ended. Fearing retaliation from the Salvadoran government for launching the investigation, Arriaza said he immediately went into exile and the members of his team, known as the Special Anti-mafia Group (GEA), either went into exile or were transferred.

“Our investigations were what led to the government dissolving the anti-corruption body,” Arriaza said from a location outside El Salvador that he asked Reuters not to disclose.

Bukele’s press office and the Attorney General’s office did not answer requests for comment about Arriaza’s work and the fate of his probe. The president has frequently denied media reports and opposition allegations that it negotiated a truce with the gangs.

Arriaza’s unit produced a report of an investigation that began in 2020 based on wiretaps, security camera footage, photographs, seized documents and hard drives, which he says showed how Deputy Justice Minister Osiris Luna and another official, Carlos Marroquin, went into prisons to negotiate a covert truce with the gangs.

The Treasury Department has made similar allegations.

Arriaza says his unit found that Luna and Marroquin, the head of a government social welfare agency, offered gangs better prison conditions, money and other benefits in exchange for them reducing homicide rates and giving electoral support to Bukele’s party at legislative elections this February.

Reuters obtained a 129-page portion of the report independent of Arriaza. U.S. officials confirmed that the document, first reported by Salvadoran news outlet El Faro in August, is authentic.

Luna and Marroquin did not respond to repeated requests for comment and Reuters was not able to find any legal representatives for them.

The U.S. sanctions against the pair heightened existing tensions between El Salvador and Washington, which views Bukele as increasingly authoritarian.

Many MS-13 members have been convicted of murder and drug trafficking in U.S. cities and several of the gang’s leaders have been indicted on terrorism charges in the Eastern District of New York. U.S. officials say the gangs have ordered murders in the United States from inside prisons in El Salvador.

Arriaza said he came under pressure in May after Bukele’s party won the elections, replaced the attorney general and ousted top judges.

He said he was summoned to a meeting on May 5 with new Attorney General Rodolfo Delgado who asked him what cases against the government his unit was pursuing.

Hours after detailing his investigations to Delgado, including the probe into negotiations with gangs, Arriaza received written notice, seen by Reuters, that he would be transferred to El Salvador’s public prosecutor school to serve as an advisor.

Arriaza said he was barred from accessing his office, computer and files straight after the May 5 meeting and fled the country the same day to live abroad. He said he feared retribution from the Salvadoran government over his team’s investigations.

“I was a government prosecutor for over 18 years, have prosecuted corruption cases across the political spectrum – politicians, judges, police, gangs members, narcos – but this is the first time I felt I had to leave.”

Bukele – one of Latin America’s most popular leaders – has prosecuted members of previous governments for negotiating with gangs for their political backing.

Rumors of a truce between Bukele’s own government and the gangs started when the murder rate tumbled about 50% in the year after he took office in June 2019. Bukele credited the drop in homicides to his policies.

The report obtained by Reuters lays out transcripts from prosecutors of alleged audio messages from gang members’ phones, handwritten demands allegedly from the gangs, log book entries detailing which prisoners government officials allegedly met. It also describes alleged attempts by Luna to destroy evidence of the meetings in prison.

It includes security camera footage apparently showing Luna on various occasions entering two prisons accompanied by people whose faces were hidden by ski mask. Investigators identified one of those masked people as Marroquin, the presentation said.