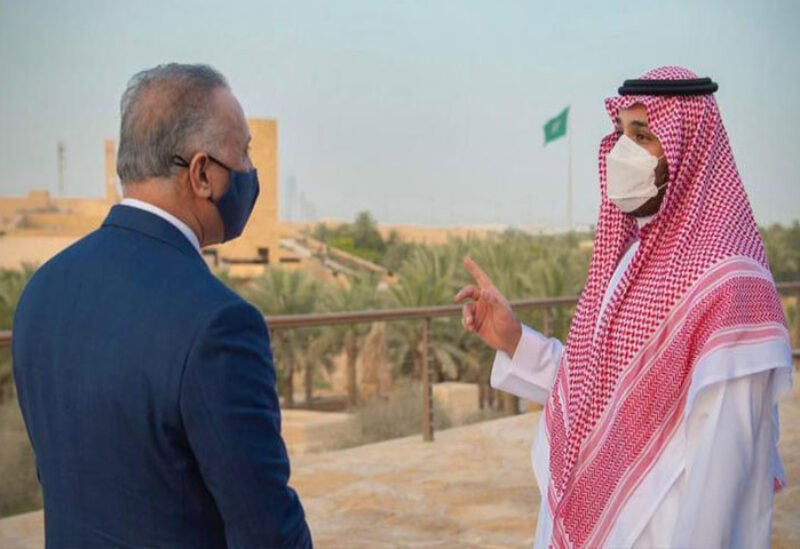 Saudi Arabia and Iraq signed five agreements on Wednesday during a visit by Iraqi Prime Minister Mustafa al-Kadhimi to Riyadh. The premier was received in Riyadh by Crown Prince Mohammed bin Salman, Deputy Prime Minister and Minister of Defense.

Separately, the Saudi state news agency (SPA) said the Kingdom’s investments in Iraq were expected to rise to $2.67 billion from a little over $533.29 million now.

“There are a number of Saudi companies investing in Iraq and there is a real desire for a number of others to expand their investments there,” SPA said.

“The Saudi side is keen on additional investments that are expected to reach $2.67 billion in various sectors.”

On the sidelines of the visit, Crown Prince Mohammed escorted Kadhimi on a tour of the historic Diriyah region.