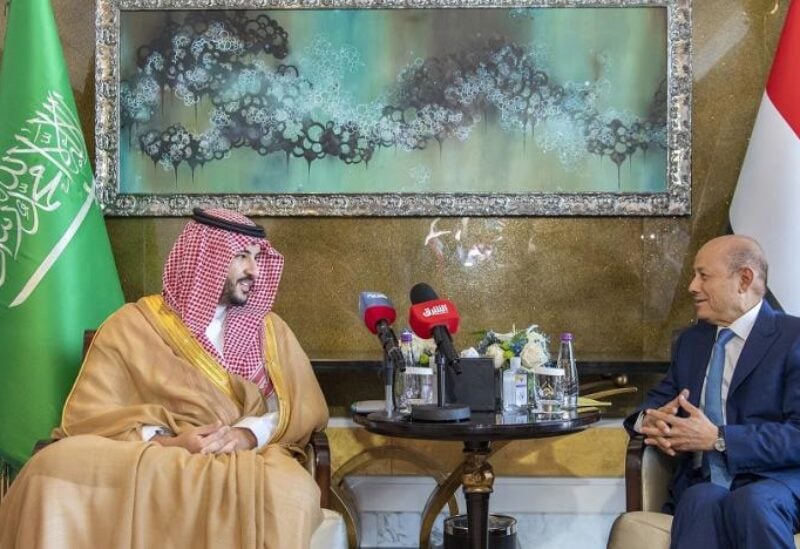 Saudi Arabia announced on Thursday a number of vital development projects that will be implemented in Yemen, reported the Saudi Press Agency.

It will provide $200 million to provide oil derivatives to operate power stations to meet the needs of the Yemeni people and ease their suffering.

The announcement was made during a meeting in Riyadh between Saudi Deputy Defense Minister Prince Khalid bin Salman and Chairman of the Yemeni Presidential Leadership Council Dr. Rashad Al-Alimi.

The projects announced on Thursday reflect Saudi Arabia’s keenness on supporting Al-Alimi’s efforts and the Yemeni government in improving Yemen on the political and economic levels.

The Saudi leadership expressed its hope that Yemen and its people would achieve security, stability and peace.

Prince Khalid and Al-Alimi discussed the latest developments in Yemen and the presidential council’s efforts in unifying Yemenis with the aim of reaching a comprehensive political solution.

The meeting was attended by the Kingdom’s Ambassador to Yemen, Mohammed Saeed Al Jaber, and a number of Saudi and Yemeni officials.