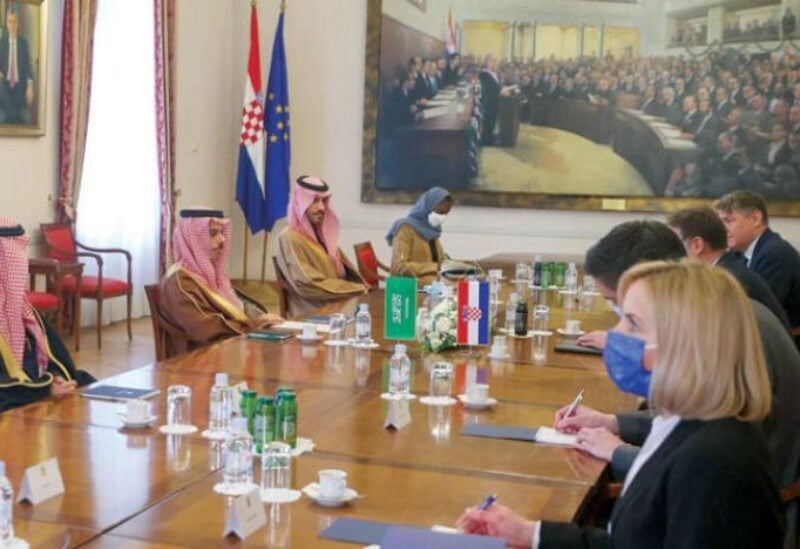 During the meeting, they reviewed cooperation between the two countries and addressed ways to boost and develop bilateral ties in all fields.

They also discussed opportunities to transfer mutual relations to broader horizons in light of Vision 2030.

The meeting touched on mechanisms for developing bilateral work and coordination at all levels and regional and international developments.

Both sides stressed the need to strengthen international efforts to prevent Iran from acquiring nuclear weapons and freeing the Middle East from weapons of mass destruction (WMD), aiming to enhance international peace and security.

The Saudi FM also met his Croatian counterpart Gordan Grlic-Radman and discussed ways to enhance the relationship between their countries, including on the security level.

They discussed opportunities for economic cooperation in many fields, notably technology, environmental protection, and tourism.

The two officials stressed the importance of exchanging expertise to help achieve Vision 2030.

The ministers agreed on the need to support investors to develop trade and boost investments between the two countries to help enhance the development and prosperity of their nations and peoples.

They stressed the importance of supporting regional and international efforts to prevent the Houthi militia from violating the human rights of the Yemeni people and the efforts of Saudi Arabia and Croatia to fight terrorism and extremism in all its forms.

The two sides touched on the efforts of the Kingdom and Croatia to promote international dialogue between different cultures and civilizations around the world and enhance the role of civil society and youth in sustainable development locally and globally.

The two sides also discussed the latest developments in the regional and international arenas and the efforts of the two friendly countries in laying the foundations for security and stability in the region and the world.