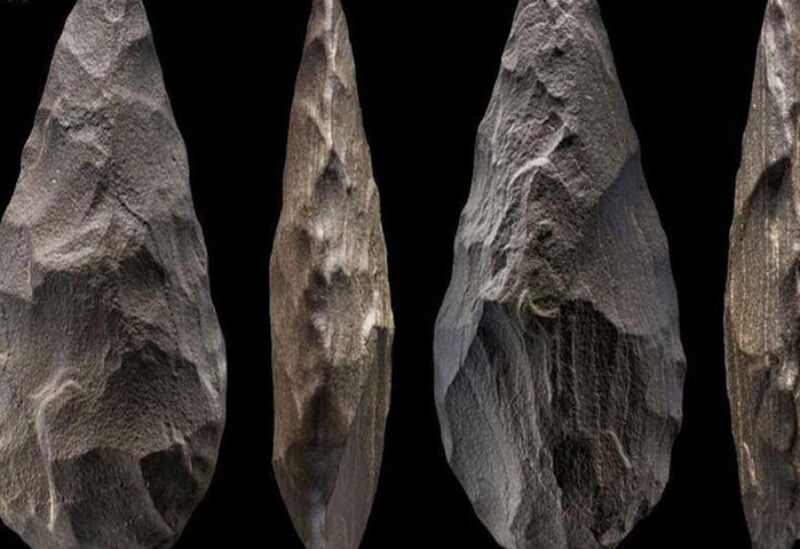 Saudi Arabia has discovered one of the world’s oldest Acheulean sites Al Nasim in the norther region of Hail.

The discovery of the oldest human habitation in the Arabian Peninsula was unveiled in an article in Nature Scientific Report, the Saudi Press Agency reported.

The site has paleo-environmental evidence for fresh-water lakes and rivers, and geomorphological features associated with Middle Pleistocene materials.

The Saudi Commission for Tourism and National Heritage began paleoenvironmental and archaeological surveys of the Green Arabian Project more than 10 years ago in partnership with the German Max Planck Society, the University of Oxford, the Saudi Geological Survey and King Saudi University in Riyadh.

The survey reveals the Arabian Peninsula had wetter conditions and a rainy climate in the central region.

This led to the formation of lakes, rivers, valleys and vegetation that contributed to a better way of living for humans and altered the spatial distribution of hominins within and between continents.

Archaeological studies also suggest that the earliest living man inhabited South-West Asia and that the Acheulean civilization had one of the longest-lasting tool-making traditions.

The artefacts found included hand axes and stone tools, providing an insight about the inhabitants’ way of living.

“Al Nasim represents one of the oldest documented Acheulean sites in Saudi Arabia, revealing regionally diverse stone tool assemblages used by Middle Pleistocene man, which further indicates a pattern of repeated entry of inhabitants into the peninsula during the wet ‘Green Arabia’ phase,” the Spa reported.

The site comprises a deep, narrow basin where several Palaeolithic artefacts were recovered, which are similar to those previously found at the Acheulean sites in the Nefud Desert.

The similarity between the Acheulean discoveries in Al Nasim and those in the Nefud Desert indicate that the paleolakes of this region provided an important corridor for humans to travel and meet others.

Saudi experts at the Heritage Commission continue to work on the Green Arabian Project with those from the Max Planck Institute to study climate changes in the Arabian Peninsula over time, and the history of ancient immigrations from other continents.