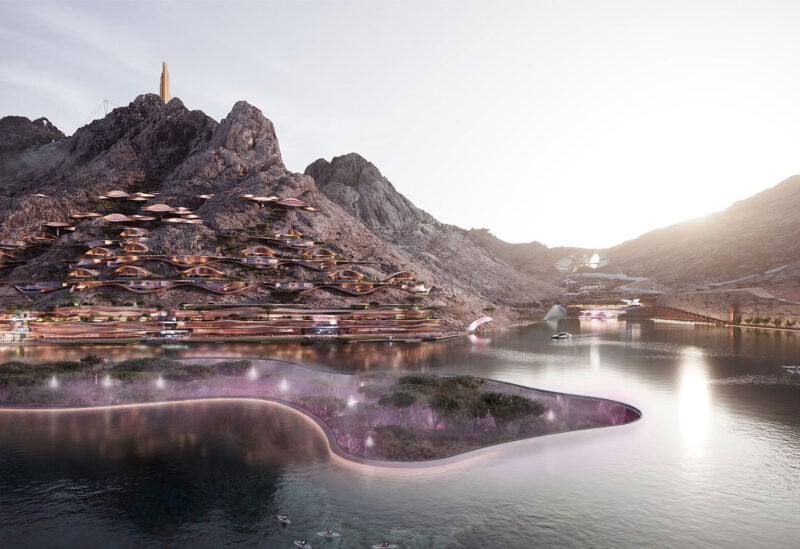 Photo shows a rendering of the upcoming TROJENA project in NEOM as part of Saudi Arabia's Vision 2030. (File photo)

Saudi Arabia plans to construct the world’s largest skyscrapers as part of its NEOM megacity project, according to Bloomberg.

According to Al Arabiya, two towers around 500 meters tall with a horizontal span of tens of miles are in the works.

The skyscrapers would run from the Red Sea coast to the desert, containing a mix of residential, retail, and office space.

Designers have been asked to work on a half mile-long prototype, current and former NEOM employees told Bloomberg, asking not to be identified as the information is private.

NEOM was announced by Crown Prince Mohammed bin Salman in 2017 as part of the Kingdom’s drive to diversify its oil-reliant economy.

The Crown Prince intends NEOM to be a futuristic, sustainable community joined together by The Line – a 170 kilometer stretched of car-free communities linked by public transport.

“The Line is an out of the box idea,” NEOM CEO Nadhmi al-Nasr told Bloomberg, without commenting on specifics. “What we will present when we are ready to will be very well received, and will be viewed as revolutionary.”

The massive buildings would be “different heights as you go,” adapting to the landscape, with their final size determined by engineering considerations and the terrain, he added.

Saudi Arabia also began construction on the Jeddah Tower in 2013 – poised to be taller than the world’s current tallest building, Dubai’s Burj Khalifa.

The Kingdom is currently home to the world’s fourth-tallest building: The Abraj al-Bait clock tower hotel in Mecca, which is 601 meters tall.

“When people talk about The Line, they see a futuristic Hyperloop, Star Wars type of entity,” said Ali Shihabi, a member of NEOM’s advisory board told Bloomberg. “But when The Line was presented to the board, I saw a highly intelligent, well thought-out sustainable modern city that will accommodate from laborers to billionaires and that will be built in stages, so it will follow demand.”