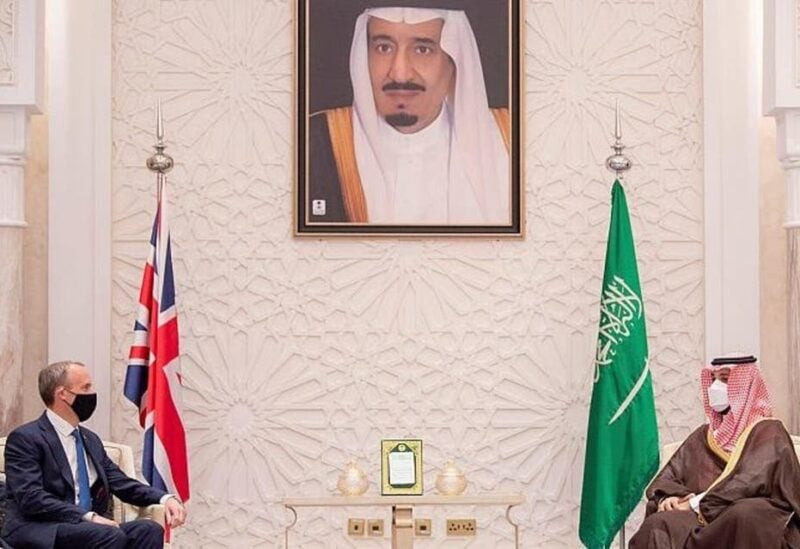 Raab told the Crown Prince: “Saudi Arabia is a long-standing partner and close friend of the UK, playing a pivotal role in regional stability,” according to a British Foreign, Commonwealth & Development Office statement.

Raab set out the UK’s ambition for a closer partnership with Saudi Arabia based on a commitment to trade and regional security, the statement added.

“The UK reaffirms our commitment to tackling our shared security challenges, including Iranian threats and the continued conflict in Yemen,” Raab said, according to the Foreign Office.