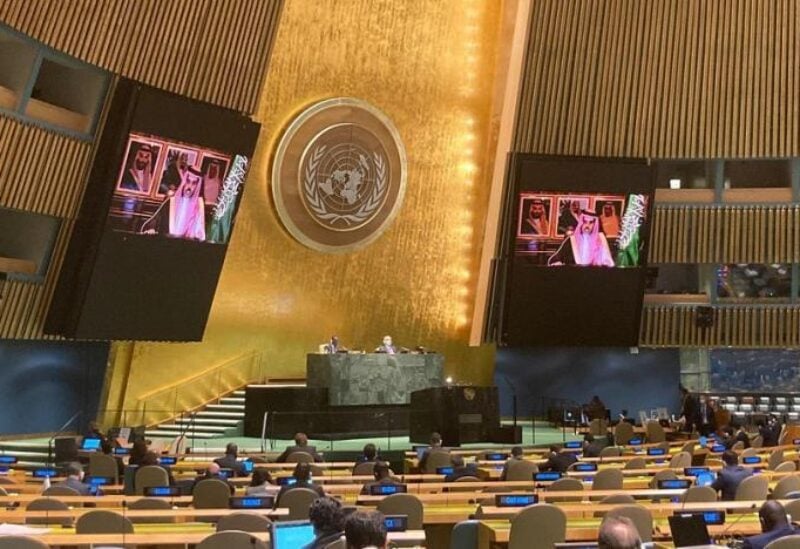 Addressing the high‑level meeting of the United Nations General Assembly to commemorate the International Day for the Total Elimination of Nuclear Weapons, he added that Riyadh supports efforts that also prevent Iran from developing the ability to use peaceful nuclear energy for military purposes.

The international community must assume its responsibilities towards Iran’s constant violations of agreements related to the 2015 nuclear deal, urged the FM.

He highlighted the UN Charter and how its underscores the importance of preserving international peace and stability and realizing the danger posed by nuclear weapons to mankind.

Saudi Arabia believes that world peace is the only way to achieve prosperity and stability in the world, stressed Prince Faisal.

To this end, it urges the need for peaceful cooperation between countries to reach security and coexistence between peoples, he continued.

Moreover, he noted how the Kingdom places great importance on peace by joining various agreements, initiatives and treaties that call for the elimination of all forms of nuclear weapons.

The Saudi foreign policy is based on clear principles that call for Riyadh’s interaction with the international community through its commitment to the UN Charter and various international agreements and treaties that dictate how countries should behave with each other, he went on to say.

Furthermore, Prince Faisal said Saudi Arabia has always upheld the rights of countries to use nuclear energy for peaceful purposes without violating the Treaty on the Non-Proliferation of Nuclear Weapons.

The Kingdom stands by all international efforts aimed at preventing a country from acquiring nuclear weapons that are only aimed at destabilizing international security and peace, he declared.

He noted that in spite of pledges of various Middle Eastern countries to keep their region devoid of nuclear weapons, Israel continues to refuse to join the nuclear non-proliferation treaty and allow international inspectors to visit its nuclear sites.