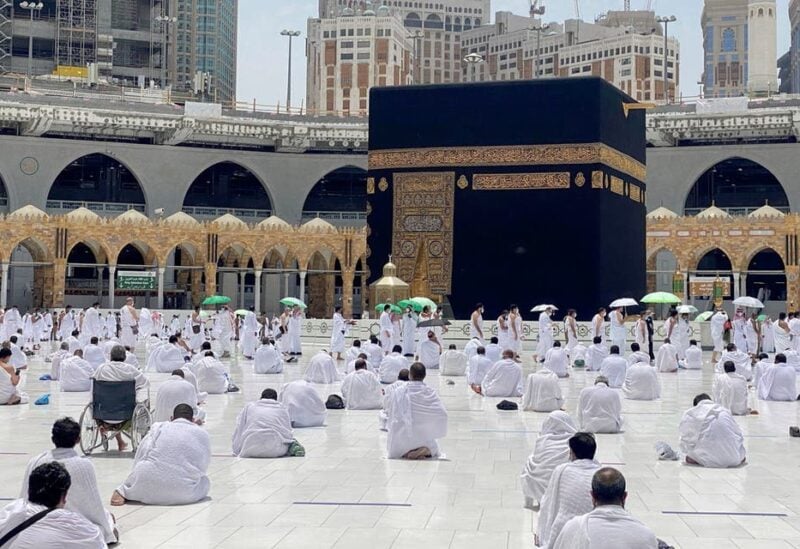 Saudi Arabia’s Ministry of Hajj and Umrah has announced the selection of 60,000 eligible candidates for this year’s Hajj pilgrimage, the official Saudi Press Agency (SPA) reported on Thursday.

The ministry said the successful multinational candidates represent 150 countries from inside the Kingdom as it announced the end of the registration period via the online portal.

A total of 558,270 people had applied to perform the Muslim pilgrimage this year.

The ministry said eligible candidates were chosen according to several conditions, including age and those performing the ritual for the first time in addition to “adhering to precautionary and preventive measures,” SPA reported.

Of the 558,270 that applied for this year’s Hajj, 59 percent were male applicants, while 41 percent were female.

In June, Saudi Arabia announced it will limit this year’s Hajj pilgrimage to 60,000 residents and nationals living in the Kingdom due to the ongoing coronavirus pandemic.

The Ministry has also called on all pilgrims who have been granted Hajj permits this year to take the second vaccine dose, as they will be receiving it without booking an appointment in advance.

The Ministry of Hajj and Umrah clarified that pilgrims will be received on the 7th and 8th of Dhul-Hijjah at four reception centers, after which they will be transported by buses to the Holy Mosque in Mecca to perform Arrival Tawaf (circumambulation) before heading to the Holy Sites.