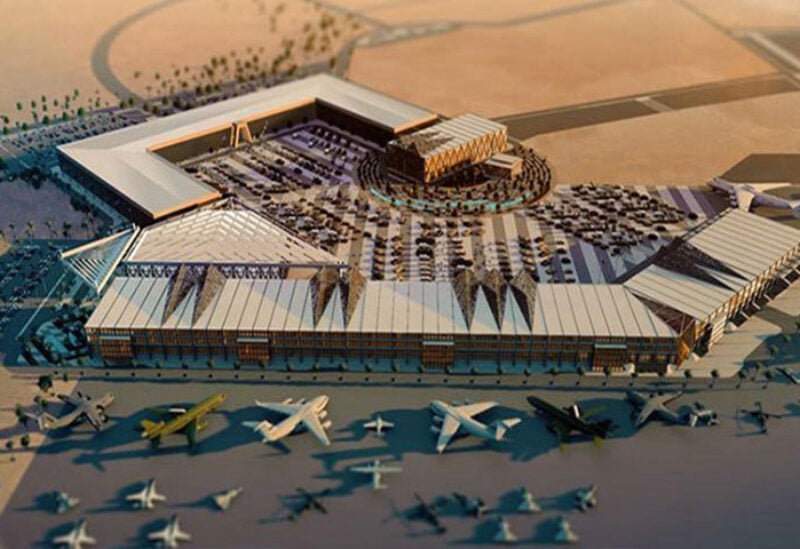 The World Defense Show which is scheduled to take place in Riyadh between March 6-9, 2022, is meant to “cement Saudi Arabia’s position at the heart of the global defense industry and strengthen relationships with existing and potential industry partners,” according to the Kingdom’s General Authority for Military Industries (GAMI).

According to the Saudi authority the show will help the Kingdom achieve its vision to localize 50 percent of its military expenditure by 2030, “especially by promoting further collaboration with governments and defense manufacturers around the world.”

More than one million tons of earth have now been processed in the first week of works in preparation for the construction of the flagship event’s exhibition halls, access roads and car parking areas.

The show will host over 800 exhibitors including 100 local defense companies, with a series of senior military delegations and officials set to attend.

According to organizers, the first of two halls is on track for completion by October this year. By December 2021, the second hall will be completed along with a new access road, land forces demonstration area and courtyard – a central point of access for dozens of hospitality suites playing host to high-level meetings between suppliers and buyers.

All runway clearing and excavation activities were finalized in the first phase of construction, with 89 percent of grading works completed – paving the way for state-of-the-art demonstrations of the latest military aircraft during the four-day event.

Hundreds of construction vehicles have been part of the construction efforts, including 75 bulldozers, 53 tipper trucks, 15 excavators and 12 roller compactors.

Shaun Ormrod, CEO of the World Defense Show, said: “The World Defense Show is the first event to be dedicated to tech-integration across the industry’s five domains, showcasing true interoperability at the greatest level – a topic that has become a growing challenge for defense decision makers around the world.”

“A central part of that is our venue, which is equipped with 800,000 sqm of unrestricted area and purpose-built facilities for equipment demonstrations, conferences and exhibition halls.”

“The exhibition area will use interactive technologies for product displays, simulations, and engaging seminars on an unprecedented scale.

“We are also proud to be the world’s first defense event to host a runway on site for live military aircraft demonstrations.”

World Defense Show will enable the industry to keep pace with developments across defense and technology.

The Kingdom’s Vision 2030, an ambitious reform plan spearheaded by Crown Prince Mohammed bin Salman, aims to diversify Saudi Arabia’s economy away from a dependence on oil. Part of that plan aims to develop the national defense industrial sector.