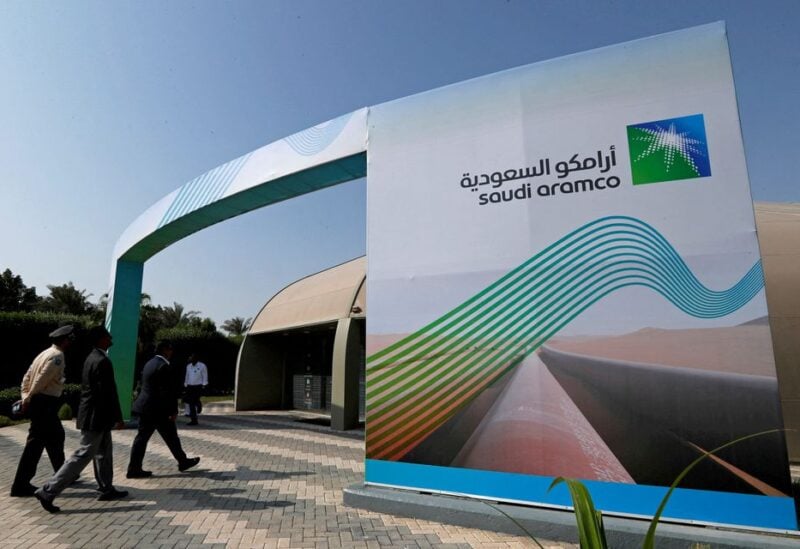 The logo of Aramco is seen as security personnel walk before the start of a press conference by Aramco at the Plaza Conference Center in Dhahran, Saudi Arabia November 3, 2019. REUTERS/Hamad I Mohammed

Saudi Aramco announced on Wednesday the creation of a $1.5 billion sustainability fund to invest in technology to support a stable and comprehensive energy transition. This is considered one of the largest sustainability-focused venture capital funds globally.

It was unveiled at the sixth edition of the Future Investment Initiative (FII). Managed by Aramco Ventures, the venture capital arm of Aramco, the fund is an extension of the company’s efforts to meet the world’s growing energy demand, with lower greenhouse gas emissions.

The fund plans to invest in technologies that support the Company’s announced net-zero 2050 ambition in its wholly-owned operational assets, as well as development of new lower-carbon fuels.

It follows the signing of a Memorandum of Understanding between Aramco and PIF earlier this year, to participate in a regional voluntary carbon market to be launched in Saudi Arabia in 2023.

“Climate change is a critical issue, which is why sustainability is well-integrated in Aramco’s strategy and investment decisions,” said Aramco Chairman, Yasir Al-Rumayyan.

“The company is harnessing innovation and collaboration as it seeks long-term solutions to global energy challenges,” he added.

Aramco CEO and President Amin Nasser said at an investment conference in Saudi Arabia that the fund will focus on “breakthrough technologies that are important and startups that will help address climate change.”

Aramco’s ambition is to achieve net-zero Scope 1 and Scope 2 greenhouse gas (GHG) emissions across its wholly-owned operated assets by 2050.

In June, the company also announced a set of interim targets that it aims to achieve by 2035, which are intended to reduce or mitigate net Scope 1 and Scope 2 GHG emissions across its wholly-owned operated assets by more than 50 million metric tons of CO2e annually, when compared to the business-as-usual forecast.