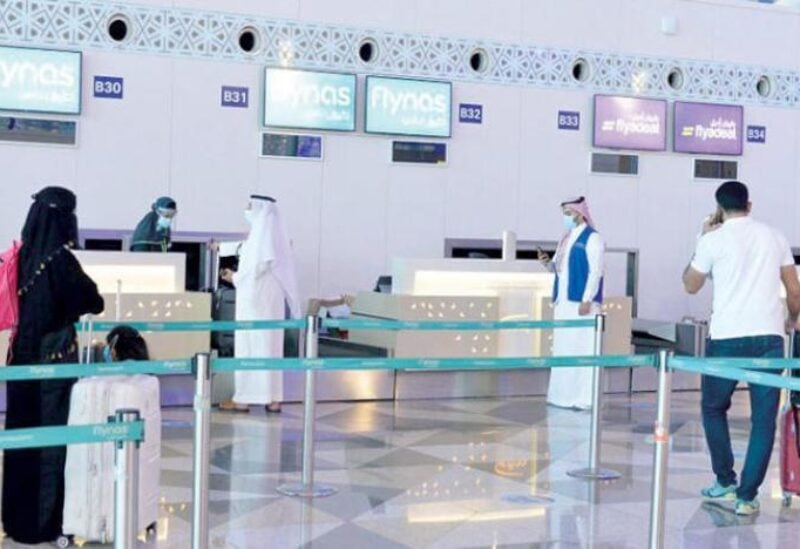 Saudi Arabia called on its citizens to avoid non-essential travel, especially to high-risk countries, due to the spread of the Omicron variant.

The Saudi public health authority, Weqaya, said on Saturday that the world was witnessing a significant increase in the number of COVID-19 cases with the accelerated spread of the Omicron mutant in many countries.

Weqaya also recommended travelers from outside the Kingdom, whether citizens or residents, regardless of their immunization status, to avoid social contact for five days and undergo a PCR test if they had any respiratory symptoms.

The authority stressed the need to implement preventive measures, such as wearing a face mask all the time, avoiding crowded and public places, and refraining from shaking hands. It also pointed to the importance of having the two vaccine doses and taking the booster dose.

The Ministry of the Interior explained that based on the recommendation of the competent health authorities in the Kingdom, a decision was taken to suspend inbound and outbound flights from/to Malawi, Zambia, Madagascar, Angola, Seychelles, Mauritius and Comoros.

The Ministry of Interior stressed that people arriving at the Kingdom from these countries, or passed through them, as of the beginning of November, must present a negative PCR result, performed after their arrival.

Saudi Arabia announced in early December that it had detected a case of the Omicron variant in a citizen coming from a North African country.

The infected citizen and his contacts were isolated, and the approved health procedures were completed. An epidemiological investigation was conducted, the health officials said.