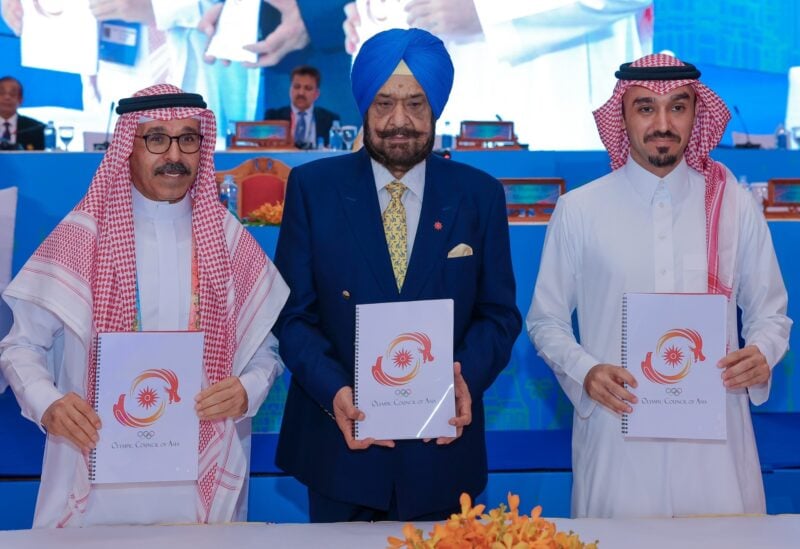 The announcement came after Prince Abdulaziz, who is also the President of the Saudi Olympic and Paralympic Committee (SOPC), headed a delegation to the General Assembly meeting of the Olympic Council of Asia (OCA) in Cambodia.

“With the unlimited support by the Saudi leadership & HRH Crown Prince to the sports sector, we are proud to announce we have won the bid to host AWG TROJENA2029 as the first country in western Asia, which will continue to place the kingdom as one of the leading countries in sport,” Prince Abdulaziz said in a tweet.

The announcement was made in the presence of NEOM CEO Nadhmi al-Nasr.

TROJENA, part of the megacity NEOM, is located 50 kilometers from the Gulf of Aqaba coast, with elevations that range from 1,500 meters to 2,600 meters.

The project looks to redefine mountain tourism and capitalize on the different climates in the year to become the go-to place for sports such as skiing, waters sports, and hiking as well as a place for living in apartments, chalets and hotels, according to the project’s website.

“TROJENA will offer year-round outdoor skiing and adventure sports to be completed in 2026, an unrivalled experience and a global landmark for the Kingdom of Saudi Arabia,” a statement on TROJENA’s website says.

Saudi Arabia’s win comes after the SOPC submitted in August a letter of interest to the OCA to host AWG.

Prince Abdulaziz also announced on his Twitter account that he was “honored by the OCA’s 41st General Assembly’s validation for Riyadh to host the new OCA Regional office. With the generous support from our leadership and the vision of HRH the Crown Prince, there’s no limit to our ambitions.”