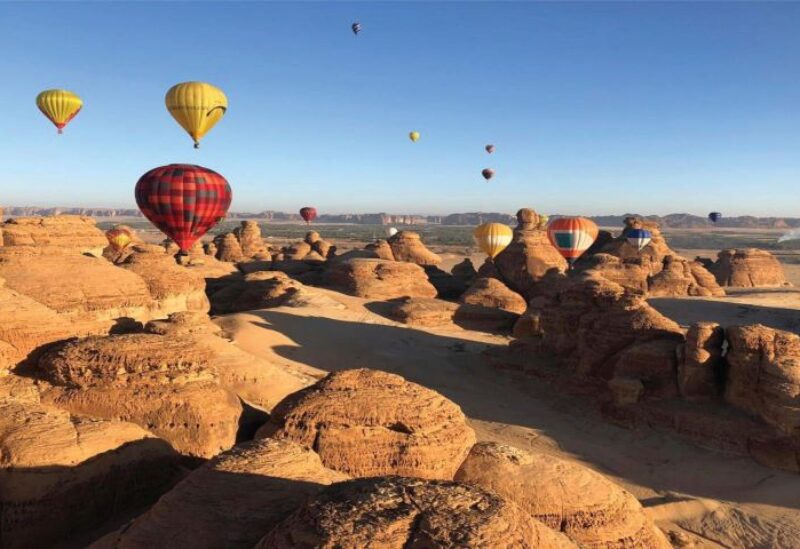 The Royal Commission for AlUla (RCU) in Saudi Arabia is planning to present programs and events depicting the past during this year’s AlUla Season in order to “build a crossing bridge for the new generations and witness the most prominent elements of the ancient era,” according to the official Saudi Press Agency (SPA).

According to the press agency, the “Hegra After Dark” experience will transport visitors to the Nabataeans civilization, where they will see historical civilization landmarks.

Opposite to the facades of Nabataean cemeteries, visitors will “enjoy a special and unique experience with the place’s architectural features and the serenity of Hegra and its starry sky” in Jabal al-Khuraimat.

The AlUla Season is part of the vision of RCU to protect, preserve and enhance history through events that consolidate AlUla’s position as a “distinguished cultural destination, in addition to the events’ contribution as a platform for displaying historical activities,” SPA reported.

According to the SPA report, the historic town of AlUla is “one of the most important sites for visitors who are eager to visit during the AlUlla Season.”

RCU has helped to prepare AlUla to become one of Saudi Arabia’s most significant historical sites.

According to Amr al-Madani, CEO of the Royal Commission for AlUla, Saudi Arabia’s AlUla will launch its third winter festival season, ‘AlUla Moments,’ on December 21 and will include four festivals.