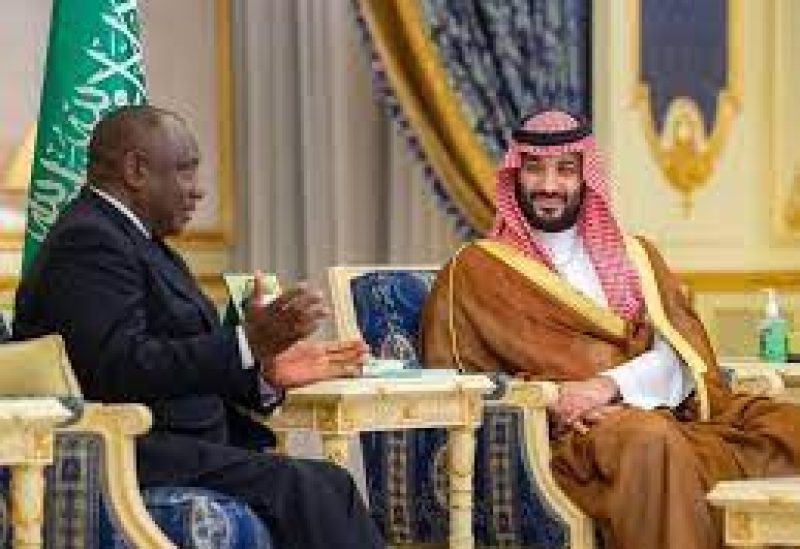 The Royal Court at al-Salam Palace hosted an official reception for Ramaphosa.

The leaders held talks during which they discussed bilateral relations, issues of common interest and reviewed various areas of cooperation between Saudi Arabia and South Africa.

The Crown Prince and Ramaphosa witnessed a ceremony where several cooperation programs, Memoranda of Understanding and agreements were exchanged in the presence of senior officials from both countries.

The Crown Prince’s meeting with the South African President coincided with the Saudi-South African Investment Forum, which took place on Saturday and during which 11 other agreements and MoUs were signed to boost investments in energy, water, green hydrogen, waste management, and logistics.