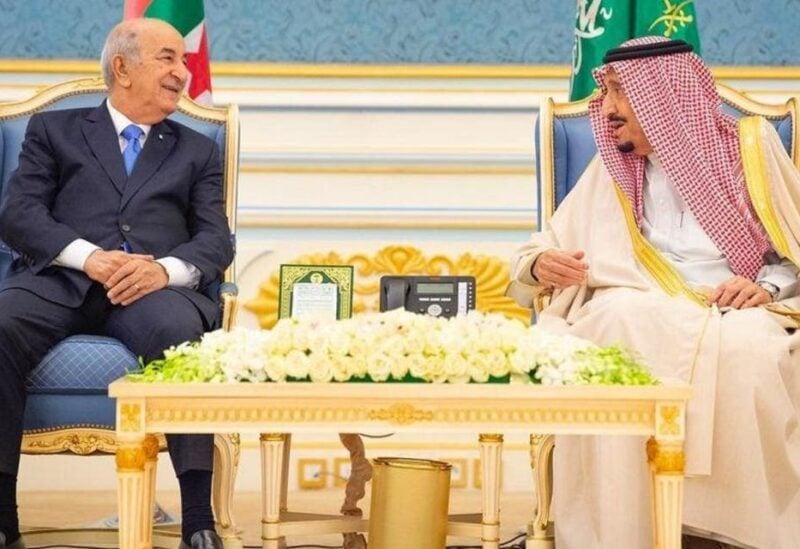 Saudi Arabia’s King Salman has sent a message to Algeria’s President Abdelmadjid Tebboune via the kingdom’s foreign minister regarding the “historical brotherly relations” and joint cooperation between the two countries, according to state-run Saudi Press Agency.

The message was conveyed by Saudi Arabia’s Foreign Minister Prince Faisal bin Farhan during his visit to the Presidential Palace in the Algerian capital on Tuesday.

“During the reception, His Highness the Minister of Foreign Affairs conveyed the greetings of the Custodian of the Two Holy Mosques King Salman bin Abdulaziz Al Saud, and His Royal Highness Prince Muhammad bin Salman bin Abdulaziz, Crown Prince, Deputy Prime Minister and Minister of Defense – may God preserve them – to His Excellency, the government and the brotherly people of Algeria, while His Excellency conveyed his greetings and appreciation. To the Custodian of the Two Holy Mosques, His Highness the Crown Prince, and the government and people of the Kingdom of Saudi Arabia,” according to a statement released by SPA.

Prince Faisal and Tebboune also discussed strengthening joint cooperation on many fronts, including bilateral political cooperation that supports the security and stability of the region, in addition to discussing the latest developments in regional and international events, and issues of common interest.