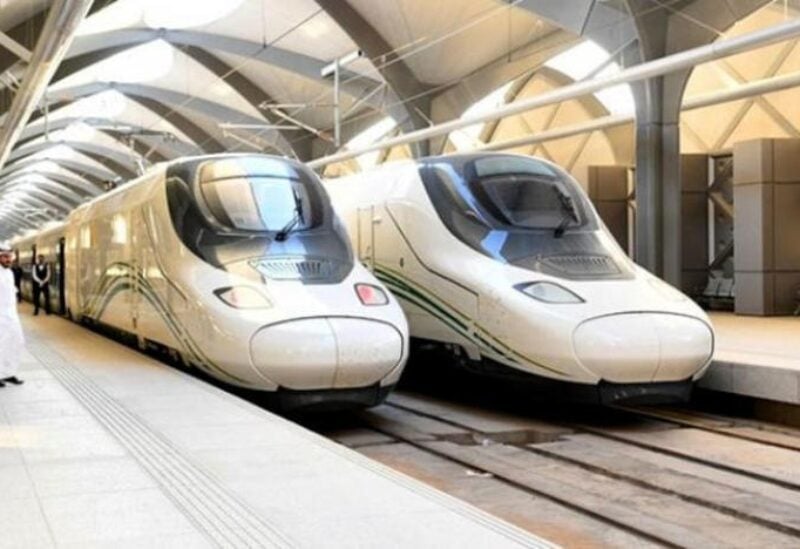 Saudi Railway Company (SAR) wants to localize expertise in operating the al-Mashaer Train, aiming to run it entirely with trained national units by 2026.

The Mashaer Train is one of the most important transportation pillars in the Holy Sites, which is being developed continuously to promote the service provided to the pilgrims.

The project seeks to achieve the goal of Vision 2030 by increasing its capacity to five million pilgrims.

The Train was on hiatus for two years due to the spread of the COVID-19 pandemic.

SAR disclosed that the Mashaer train project provided over 7,500 seasonal jobs in crowd control at the train stations.

Saudi Railways began its first operation of the Mashaer Rail after signing an agreement with the Royal Commission for the Holy City of Makkah and the Holy Sites in March 2021.

Under the agreement, SAR is required to operate and maintain the Mashaer Rail for five years. It must also manage and control the crowds and security guards and handle the assets, including stations, facilities, equipment, operating systems, and other related equipment.

SAR identified the necessary needs for the project, prioritizing projects in preparation for the operation of the Hajj season.

It implemented several projects to renew many systems, including signaling systems, wireless communication systems, visual communications, sidewalk doors, the waterproofing system for roofs, and the renewal of elevators and escalators.

SAR indicated that it began preparing for this year’s Hajj season and completed all routine and maintenance work in addition to several improvement projects necessary before the start of operations.

It explained that operations are divided into three primary stages: the pre-operational stage, the experimental operation stage, which includes four simulations of the Hajj, and the actual Hajj season.

The Train has nine stations, including Arafat, Muzdalifa, and Mina. It connects the southeast of Arafat and the southwest of Mina via the Muzdalifah with a track of 20 km in high structures on poles in the middle islands of the roads.

The Chinese Railway Construction Corporation implemented the project at a total cost of SR6.650 billion. It was launched in November 2010.

The project consists of 17 trains, including 204 cars, each accommodating 300 passengers, and two vehicles, front and rear.

The project includes nine stations elevated from the ground with a length of 300 meters for each station, and the train platforms are accessed by ramps, elevators, regular and electrical stairs, and automatic gates separating the Train from loading areas and waiting areas.