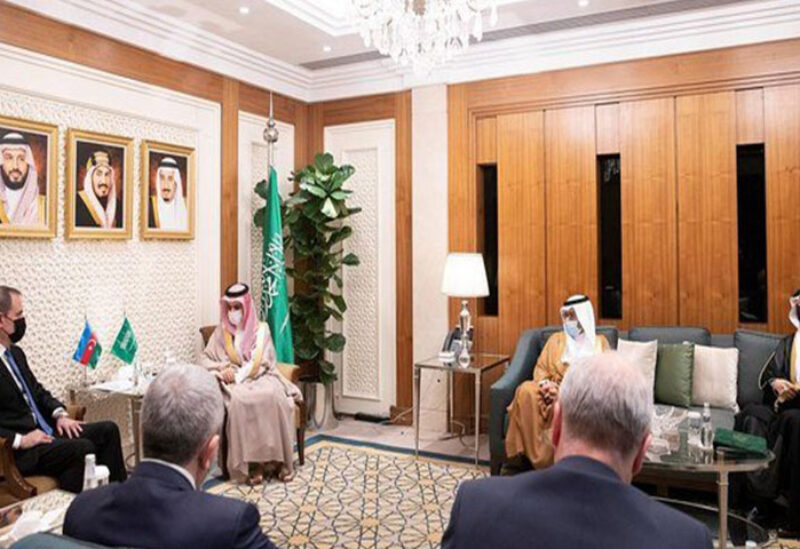 Saudi Arabian Foreign Minister Prince Faisal bin Farhan held talks with his Azerbaijani counterpart Jeyhun Bayramov, and his accompanying delegation, at his office at the ministry’s headquarters in Riyadh on Thursday.

During the meeting, they discussed ways of strengthening bilateral relations and enhancing coordination frameworks on issues of common concern, the Kingdom’s foreign ministry said.

They also reviewed regional and international developments and efforts made toward them.