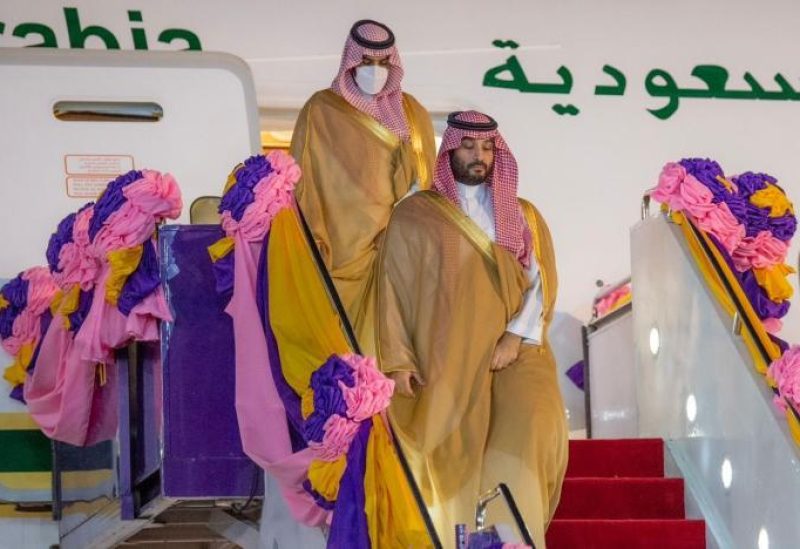 The Crown Prince upon his arrival in Bangkok. SPA

Upon his arrival at the Air Force Base airport in the capital Bangkok on Thursday, the Crown Prince was received by Thai Prime Minister and Minister of Defense General Prayuth Chan-ocha.

An official reception ceremony was held in honor of the Crown Prince, as the Saudi royal anthem and the Thai national anthem were played, and the guard of honor was reviewed.