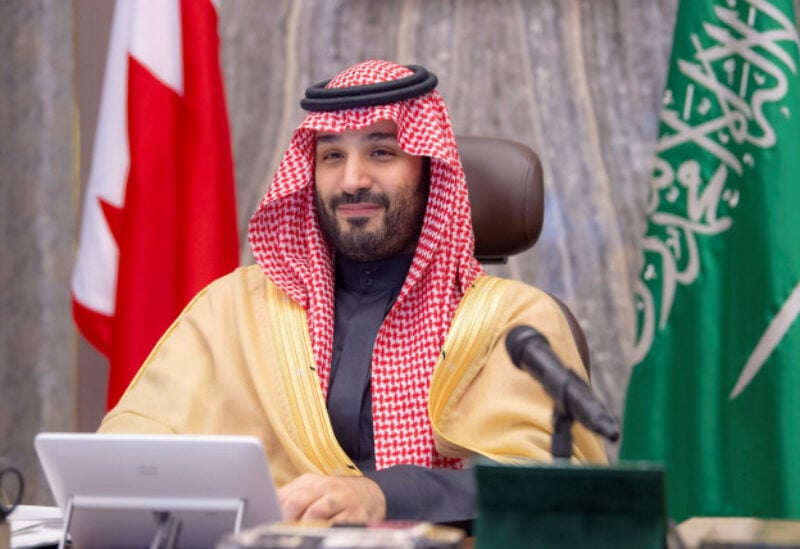 In a speech delivered to the Summit on Financing African Economies in Paris, he underscored Saudi Arabia’s support for regional and international efforts, in cooperation with the African Union, to consolidate security and stability and resolve conflicts in Africa.

He stressed that Riyadh also supports international efforts to fight terrorism and extremism in the Sahel and Sahara regions.

African leaders and the heads of multilateral lenders met in Paris on Tuesday to find ways of financing African economies hurt by the pandemic and to discuss handling the continent’s billions of dollars in debt.

The summit brought together some 30 African and European heads of state, as well as the heads of global financial institutions such as the IMF and World Bank.

Saudi Arabia will support African countries with investments and loans worth about $1 billion this year to help their economies recover from the COVID-19 pandemic, announced Crown Prince Mohammed.

“The Saudi Development Fund will carry out future projects, loans and grants worth three billion riyals, or around $1 billion, in developing countries in Africa this year,” he declared.

He also said the Kingdom’s sovereign wealth fund, the Public Investment Fund (PIF), had invested around $4 billion in the energy, mining, telecoms, food and other sectors in Africa and that it would continue to look for opportunities in other sectors in the continent.

The Saudi Fund for Development (SFD) has been operating effectively in Africa for four decades, during which it provided loans and 580 grants to more than 45 African countries with a value exceeding SAR 50 billion, or approximately $13.5 billion. The Fund also announced an initiative of EUR 200 million, nearly SAR 1 billion, to develop the Sahel countries in partnership with the French Development Agency.

“The impact of the pandemic on low-income African countries was severe, as it widened the financing gap needed to achieve development goals. It is important to continue joint international efforts to overcome this crisis,” added Crown Prince Mohammed.

“The most urgent matter is to ensure the rapid and fair global distribution of vaccines, especially in low-income countries in Africa and the rest of the world, which contributes to stopping the spread of the epidemic and returning economic activity to normal as soon as possible,” he remarked.

“From this standpoint, the initiative to accelerate the availability of tools to combat the Coronavirus and the COVAX Facility to make vaccines available is an important achievement. Saudi Arabia is one of the donating countries to the initiative. However, the program still needs more support to achieve its goals effectively.”

“The G20 countries under Saudi Arabia’s presidency in 2020 realized the need to support low-income African countries and the rest of the world to address the pandemic. The G20 countries’ statement at the extraordinary summit held in March 2020 considers that strengthening the African health system is a basis for the integration of the global health system. The leaders of the G20 countries pledged to enhance capacity building and provide specialized technical assistance to the most vulnerable communities, as well as their willingness to mobilize the necessary development and humanitarian funding for these countries,” he continued.

“Emergency support has been provided to low-income countries, including the launch of the G20 initiative to suspend debt service payments. This historic initiative provided urgent liquidity to 73 of the poorest countries, including 38 African countries that have received more than $5 billion. Furthermore, G20 launched the Common Framework for Debt Treatment for the first time in its history, which goes beyond the Debt Service Suspension Initiative,” said Crown Prince Mohammed.

“The climate change phenomenon is a global challenge as it threatens the quality of life for many people and their livelihoods, especially in low-income countries,” warned the Saudi royal.

“Therefore, the Saudi G20 Presidency has attached great importance to protecting the planet, as it has launched a number of initiatives aimed to reduce the effects of climate change and the sources of emissions of the most affecting gases in the atmosphere, including pushing for the adoption of the concepts of a circular carbon economy and ensure getting clear and more sustainable and affordable energy,” he added.

“In this regard, Saudi Arabia announced the Middle East Green Initiative, which aims to plant more than 50 billion trees and reduce more than 10% of carbon emissions globally, and this initiative includes many African countries,” he went on to say.

“Saudi Arabia supports international and regional efforts in close cooperation with the African Union to lay the foundations of security, stability, and conflict resolution, including the historic Jeddah Peace Agreement between Ethiopia and Eritrea,” he continued.

“The Kingdom also supports international efforts in combating terrorism and extremism in each of the Sahel and Sahara countries. The Kingdom had provided support amounting to EUR 100 million, nearly SAR 500 million, for efforts to combat terrorism and improve the security capabilities of these countries,” he revealed.

“We are now working with our partners in the Southern African Development Community (SADAC), foremost among which is South Africa, to support the capabilities of the security forces in Mozambique to confront extremist groups to lay the foundations for security, stability, and economic development.”

“The Kingdom also affirmed the importance of development in African countries and the promotion of investment. We look forward to holding the Saudi-African Summit and the Arab-African Summit soon, which was postponed due to the pandemic,” he stated.

“As donor countries, we hope that this summit will result in innovative solutions that will help the African countries out of the debt spiral and guarantee these countries the ability to exploit their revenues and capabilities. Moreover, benefit their economies and societies from the investments we offer and realize sustainable development that achieves its economic and social goals, such as reducing the unemployment and poverty rates,” stressed Crown Prince Mohammed.