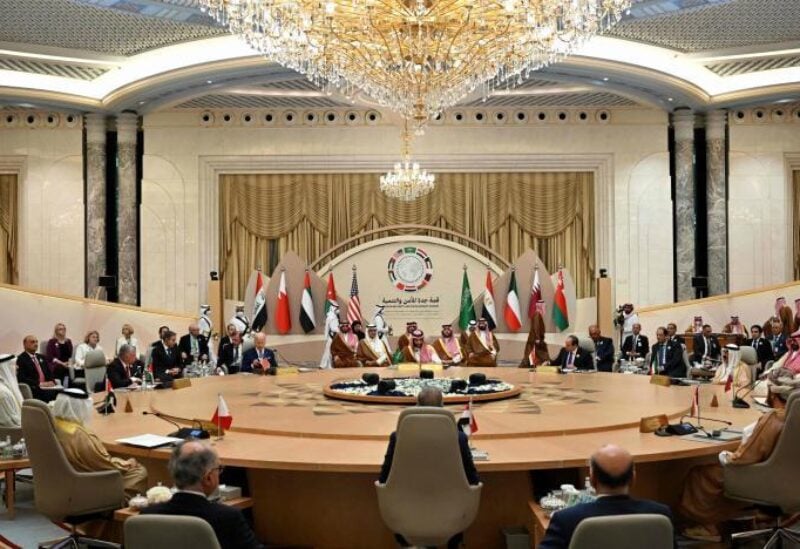 COVID-19 and the geopolitical situation necessitated more joint efforts to support the global economy, he said, adding that the environmental challenges required a “realistic and responsible” approach to gradually transition to sustainable energy sources.

The summit gathered US President Joe Biden with leaders from six Gulf Arab states and Egypt, Jordan and Iraq.

In his opening remarks on Saturday at the Jeddah summit on security and development, the Saudi Crown Prince also called on Iran to be cooperative and not interfere in regional affairs.

The Saudi Press Agency said that the summit aims to confirm the historical partnership among the GCC countries, deepen joint cooperation in various fields, and stress the importance of developing ways of cooperation among them and build joint projects that contribute to achieving sustainable development in the region.

This event also aims to address collectively environmental challenges and confront climate change, including through the Green Saudi and Green Middle East Initiatives, announced by the Crown Prince, in addition to the development of renewable energy sources.

The summit affirms the importance of close cooperation on a number of issues in the region, including affirming the GCC stance supporting the two-state solution to the Palestinian-Israeli conflict in accordance with international resolutions and the Arab Peace Initiative, said SPA.

It also stresses preventing the spread of weapons of mass destruction in the region, calling on Iran to return to its nuclear commitments, full cooperation with the International Atomic Energy Agency (IAEA), respect for the rules of good-neighborliness, mutual respect and non-interference in internal affairs, and positive cooperation with countries in the region and the international community in a manner that preserves regional and international security and stability, the news agency added.