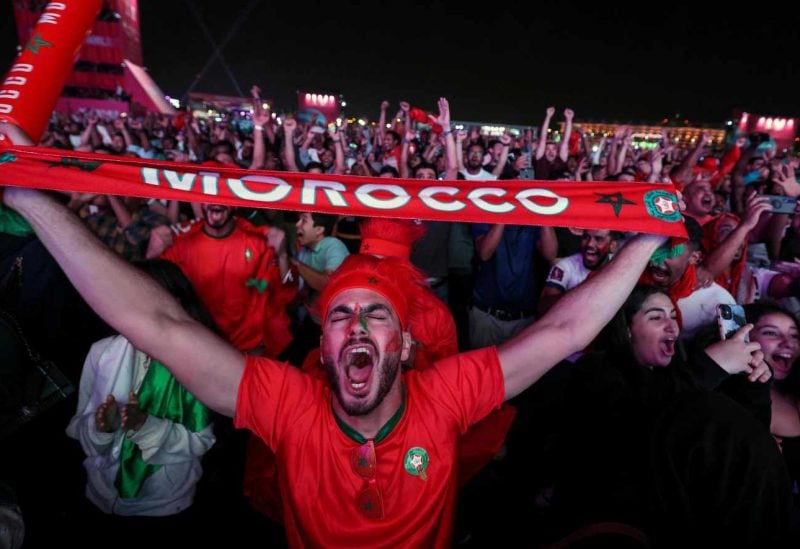 Morocco's supporters celebrate after their team won the Qatar 2022 World Cup round 16 football match between Morocco and Spain, at the FIFA fan zone in Doha, on December 6, 2022. (Photo by MAHMUD HAMS / AFP)

Morocco beat Portugal in the quarter finals on Saturday becoming the first African and Arab country to qualify for a World Cup semi-final, with people from the country’s capital Rabat to Ivory Coast to Saudi Arabia’s Riyadh celebrating the historic win.

On a phone call to Morocco’s King Mohamed VI the Crown Prince congratulated him on “the historical achievement of Moroccan national football,” SPA reported.

The Crown Prince also said that “what has been achieved is considered a source of pride to Arab countries and peoples to the pleasure and happiness of all and wishing the team further successes.”

The north African country is set to face France in the quarter finals on Wednesday, while Argentina will on Thursday play Croatia for a place in Sunday’s final.