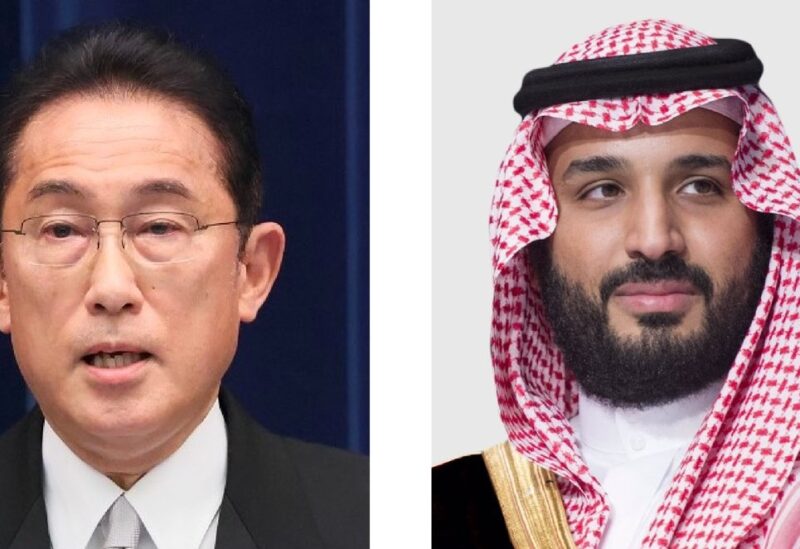 The call covered a wide range of topics with shared interests, according to a statement from the Saudi Ministry of Foreign Affairs (MoFA).

Both sides agreed to further promote cooperation in stabilizing the crude oil market and work towards carbon-neutrality through the use and promotion of clean energy, according to Japan’s MoFA.

The two leaders will continue to further strengthen the Japan-Saudi Vision 2030 partnership, and hold active summit and ministerial-level meetings and visits, the statement said.

“Japan attaches great importance to the relationship with Saudi Arabia as a strategic partner,” the Japanese prime minister was quoted as saying in the statement.

Following the death of Japan’s former prime minister Abe in July, Saudi Arabia blasted the “cowardly killing” and offered its deepest condolences to his family and praised him as a true friend of the Kingdom.

Citing a MoFA statement, Saudi Arabia acknowledged the important role Abe played as a leader internationally, and his “pivotal role as a friend of the Kingdom.”

The duo reviewed cooperation in the fields of tourism, security of supplies, artificial intelligence and renewable energy, according to a Saudi Press Agency report.

Later, Saudi Arabia’s Crown Prince Mohammed bin Salman also held talks with Prime Minister Abe in the ancient desert city of AlUla focusing on the economic, trade, investment and cultural fields, including aspects of cooperation in accordance with the Saudi-Japanese Vision 2030, according to the SPA report.

The two countries first established diplomatic ties in 1955. Saudi Arabia is the most important supplier of crude oil to Japan, and Japan is one of Saudi Arabia’s many significant partners in trade and investment.