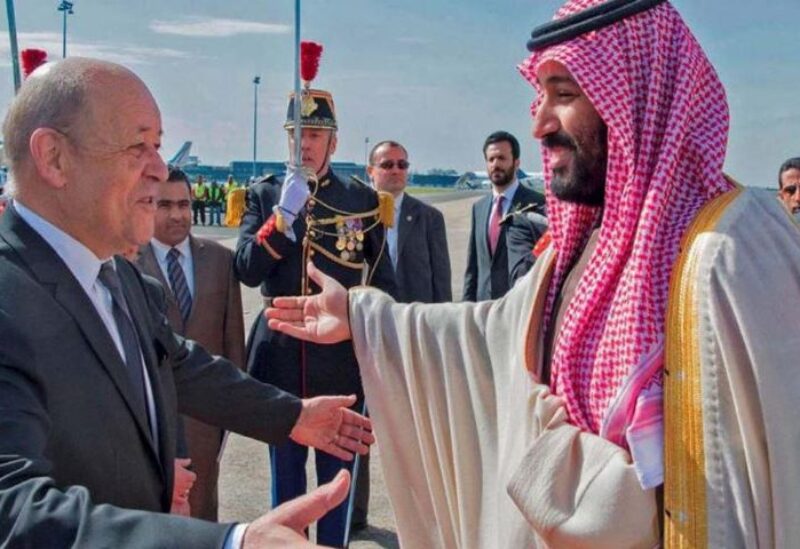 “During the meeting, they reviewed bilateral ties and ways to improve them, as well as regional and international developments and the efforts exerted towards them,” SPA said.

The two officials “reviewed aspects of Saudi-French relations and ways to strengthen them in various fields, as well as exchanging views on regional and international developments,” the Saudi foreign ministry said.

The Saudi foreign minister hosted a luncheon for Le Drian and his delegation.

The Saudi foreign minister said he and Borrell “talked about many common issues and enhancing aspects of cooperation.”

“We also signed a memorandum of cooperation arrangements between the Kingdom and the European Union,” Prince Faisal added.

Saudi Arabia’s Minister of State of Foreign Affairs and member of the Council of Ministers Adel al-Jubeir received Borrell earlier in the day and “reviewed aspects of cooperation between the Kingdom and the European Union and ways to develop them at all levels,” according to the Saudi foreign ministry.

The two sides also exchanged views on the most prominent regional and international developments of common concern, the Saudi foreign ministry added.