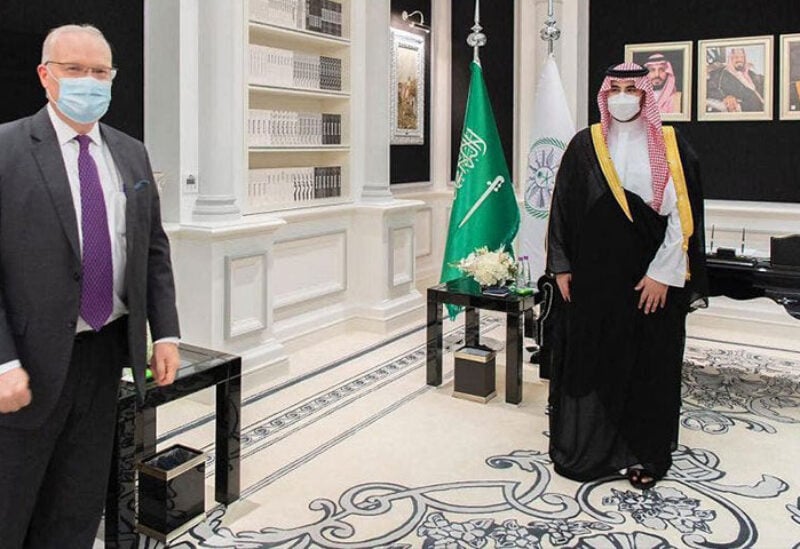 During the meeting with Griffiths, Prince Khalid affirmed the Kingdom’s eagerness to support the efforts of the United Nations for a ceasefire and reach a comprehensive political solution to the crisis in Yemen.

The UN Special Envoy for Yemen praised the humanitarian role played by the Kingdom in its endeavor to end the crisis through its comprehensive initiative, which has the UN’s full support, according to SPA.

SPA said that Prince Khalid and the US Special Envoy for Yemen discussed joint efforts made to support the Saudi initiative and UN efforts to reach a ceasefire and a comprehensive political solution to the Yemeni crisis.