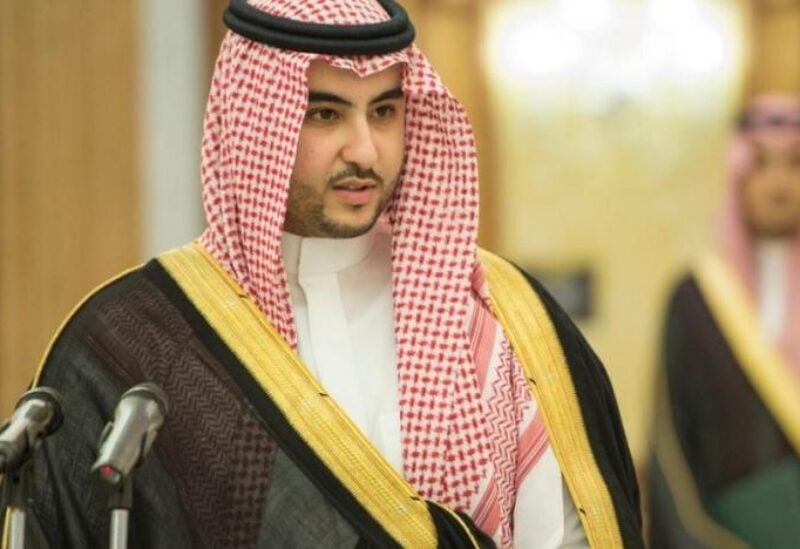 The visit, first reported by The Wall Street Journal last week, included meetings with several US officials at the White House, the State Department and the Pentagon.

The White House said that Prince Khalid started the visit by meeting US National Security Adviser Jake Sullivan, where they discussed the US partnership with Saudi Arabia, regional security and “the US commitment to help Saudi Arabia defend its territory as it faces attacks from Iranian-aligned groups.”

Prince Khalid also met with Colin Kahl, the US defense undersecretary for policy, and the two discussed “efforts to end the war in Yemen and the shared US-Saudi commitment to counter Iran’s destabilizing activities” and other issues, the Pentagon said.

The situation in Yemen is likely to top the agenda, and US envoy to Yemen Tim Lenderking, who has made six trips to Riyadh, is also expected to meet the senior Saudi official at the State Department.

Washington is working to bring about a ceasefire in the Yemen conflict, which Saudi Arabia entered in 2015, but so far, attempts have been met with resistance from the Houthi rebels in the country.

Saudi-Iranian talks in Iraq, which are being led by Prince Khalid, are also expected to be on the agenda, as well as defence cooperation.

The administration of US President Joe Biden has welcomed the Saudi-Iranian talks but made it clear that Washington has no role in the conversations.

“It is very important to have open dialogue to try to get things de-escalated. We support these talks, [but] we don’t have anything to do with them,” Joey Hood, acting assistant secretary of state for Near East affairs, said in May.

Prince Khalid’s trip is the first of several visits to Washington by Arab leaders.

On July 19, King Abdullah of Jordan will be the first Arab head of state to meet Mr Biden at the White House, and Iraqi Prime Minister Mustafa Al Kadhimi is expected to make a trip shortly after.

The Biden administration is consulting with Arab partners on its strategy in Syria and its indirect nuclear talks with Iran.