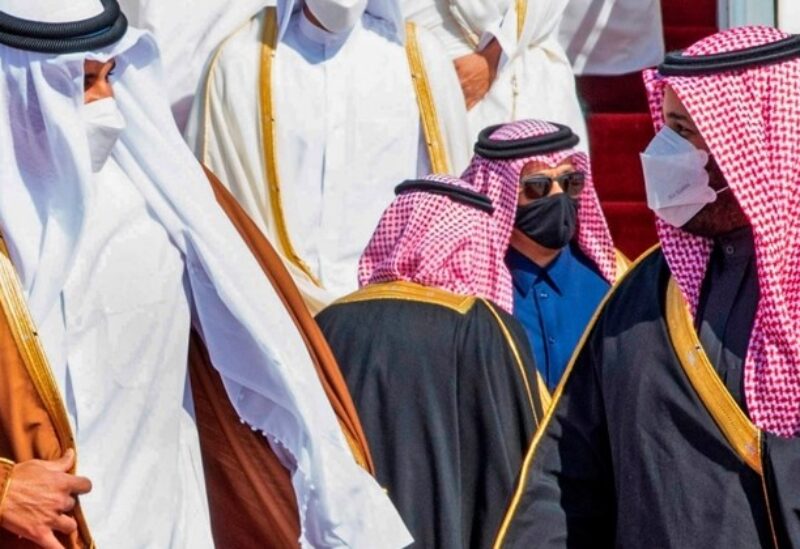 DUBAI: Saudi Arabia and Egypt have begun tackling thorny issues with Qatar to rebuild ties, easing an inter-Arab feud seen by the United States as benefiting only mutual enemy Iran, but two Gulf states have been slow to follow suit as promised, diplomats say.

Egypt, the United Arab Emirates (UAE), Bahrain and Saudi Arabia severed relations with Qatar in mid-2017 over accusations that Doha supports terrorism – a broad allusion to Islamist movements, a charge that it denies.

In January, heeding outgoing U.S. President Donald Trump’s wish to re-establish a united Arab front against Iran, and keen to impress new President Joe Biden, Saudi Arabia declared an end to the boycott of Qatar and said its three allies were on board.

Riyadh and Cairo have since taken a more pragmatic approach to Qatar, moving faster than the UAE and Bahrain in resuming diplomatic relations with Doha. All but Bahrain have restored trade and travel links with the small, wealthy Gulf state.

But they said dialogue with the UAE has made little headway, and has not even begun with Bahrain.

Saudi Arabia took the initiative in seeking to mend fences with Qatar as Saudi Crown Prince Mohammed bin Salman wanted to shore up his standing with Biden, who has signalled a much tougher stance on Riyadh’s human rights record and role in Yemen’s ruinous war. Another motivation for Riyadh is to encourage Qatari investment in Saudi projects.

Egypt, which also stands to benefit commercially, wants to see if bilateral talks can deliver what the boycott could not.

“It’s about parties coming to an agreement to manage conflict, not resolve it,” James Dorsey of Singapore’s S. Rajaratnam School of International Studies and Middle East Institute, told Reuters.

Qatar has held talks in Kuwait with Egypt and the UAE to set an agenda. Qatari and Egyptian interior ministers have spoken by phone. Talks with Riyadh are continuing and the Saudi foreign minister met with Qatar’s ruling emir in Doha this month.

“It’s our goal that the Gulf works as a team,” a U.S. State Department official told Reuters. “We are happy with the progress they have made…It is a very nascent rapprochement.”

Saudi authorities did not respond to a request for comment while the UAE declined to comment. A Qatari official said regular bilateral engagement is underway as are discussions about the status of diplomatic relations.

An Egyptian official referred to comments by Foreign Minister Sameh Shoukry this week citing positive messages from Qatar but it was too early to make a final judgement.

The four Arab states had demanded Qatar shut a Turkish military base, close the freewheeling Al Jazeera news channel, cut links to the Muslim Brotherhood and downgrade relations with Iran. Doha has said it will do none of that.

High on the agenda in all bilateral talks is Al Jazeera’s coverage of Middle East politics as well as general social media activity in Qatar, both regarded by the four as inflammatory, three diplomats and the two informed sources said.

Diplomats said the Qatar-funded TV network has toned down its coverage of Saudi Arabia in a positive sign for reconciliation, but left it largely unchanged for the rest.

Each country also has individual beefs in the dispute that have played out in conflicts in Libya, Yemen and Syria.

The UAE and Egypt resent Qatari support for Islamist groups, especially the Muslim Brotherhood, outlawed by all four states.

Gulf Arab states perceive political Islam and the influence of the Brotherhood, whose Sunni Islamist doctrines challenge the principle of dynastic rule, as an existential threat. Some diplomats say this is less of a concern now for Saudi Arabia.

Three Egyptian security sources and an Arab diplomat said Cairo wants Qatar to extradite wanted Brotherhood members and cooperate on security, and has asked that this be addressed.

Asked about this, the Qatari official told Reuters: “At no point have there been discussions or requests pertaining to the extradition of any individuals in Qatar.” He added that requests which violate human rights would be rejected.

The Arab diplomat and one of the regional sources said Qatar had asked Egypt to release a detained Al Jazeera journalist, which Cairo recently did, and lift a travel entry ban on others.

The UAE, which has an ideological and regional rivalry with fellow major oil and gas producer Qatar, has said rebuilding trust will take time, although trade has begun to resume.

Relations remain mired in animosity and geopolitical differences including over the presence of Islamist-supporting Turkey in the region, diplomats and the informed sources said.

“Still, there are signs that both sides are wearying of the proliferating battles and more willing to cut losses, especially in the wake of the coronavirus pandemic.”

With Bahrain there are no signs of progress. Manama recently slammed Doha over Al Jazeera’s news coverage and a dispute over fishing rights. In a statement, Bahrain demanded Doha show “more constructive policies” before any talks.