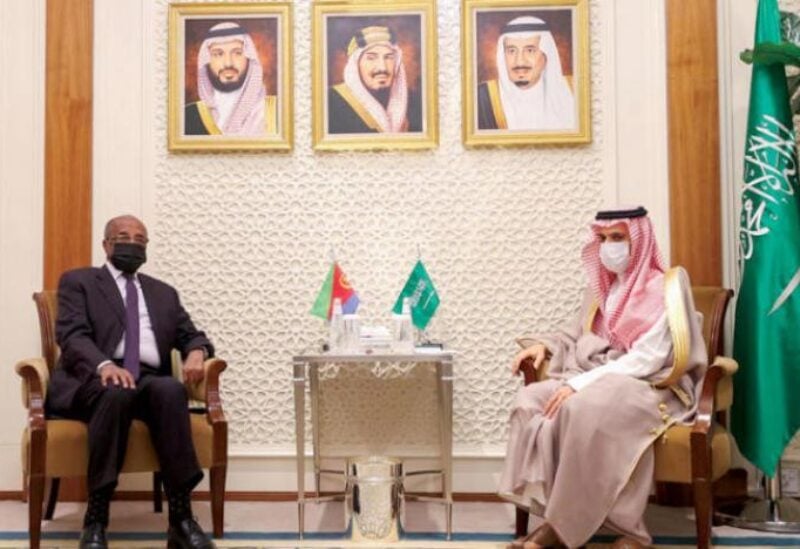 During the meeting, they reviewed bilateral relations and ways to enhance them in all fields to serve the aspirations of the two countries.

They also reviewed the Kingdom’s support for regional and international efforts to lay the foundations for security and stability, resolve conflicts, advance development, and promote investment in the in the African continent.

The two foreign ministers discussed the latest developments at regional and international levels, as well as issues of common interest.

The meeting was attended by the Saudi ambassador to Eritrea, Saqr Al-Qurashi, and the director-general of the General Department for Arab-African Affairs at the Saudi foreign ministry Mohammad Al-Ali.