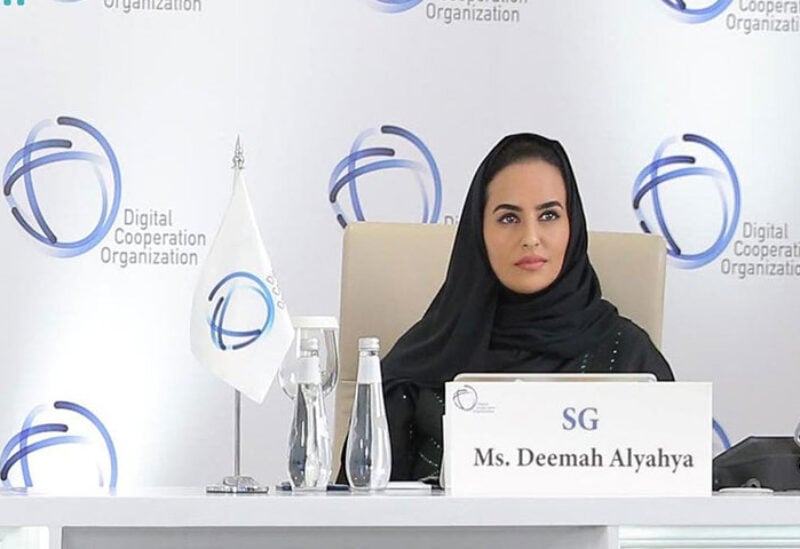 Another woman from Saudi Arabia made history on Tuesday after Deemah AlYahya was appointed the first secretary general of the Digital Cooperation Organization.

The Digital Cooperation Organization held its first meeting in Riyadh on Tuesday was chaired by Saudi Arabia’s Minister of Communications and Information Technology Eng. Abdullah bin Aamir Al-Swaha, in the presence of ministers from the member states, the Secretary General of the International Communication Union Houlin Zhao, President of the World Economic Forum Borge Brende, the Secretary General of the Gulf Cooperation Council (GCC) Dr. Nayef Al-Hajraf and representatives of other UN programs.

The seven member states constitute, together, an economic bloc approaching $2 trillion of the world GDP, with the capacity of common market with 14 trillion of opportunities, as they have a population force of 480 million, 80 percent of them are youth, according to a report from the Saudi Press Agency.

“During the meeting, approval has been made to launch five qualitative initiatives, aiming at establishing a center to spotlight significance of cooperation, in regard of trans border data sorting out and others to back up woman empowerment, in the digital labor market, in addition to initiatives to best serve entrepreneurship and small as well as medium size companies to grow and realize a digital future for all,” the SPA reported.