The Iranian issue was discussed between Jordan and Saudi Arabia on Monday.
Speaking at a press conference in Jordanian capital Amman, Saudi Foreign Minister Prince Faisal bin Farhan said the talks dwelt on the Iranian support to militias.
“We affirmed that our hands as Arabs are extended to Iran if they respond to Arab concerns regarding regional security and stability,” he said.
The top diplomat said that discussions also took up the need to intensify efforts to “prevent Iran from acquiring nuclear weapons and rendering the Middle East free of weapons of mass destruction.”
Jordanian Foreign Minister Ayman Safadi, for his part, reiterated his country’s support to any Saudi step to protect its security.
Last month, Jordan hosted a security dialogue session between Riyadh and Tehran to discuss a range of security and technical issues and the promotion of regional stability.
The Amman talks came as diplomatic efforts to break the ice between Iran and Saudi Arabia gain pace in recent months, with officials on both sides citing progress in talks brokered by Iraq.
There is already a buzz about the two sides agreeing to reopen consulates as a first step toward restoring diplomatic ties, even though many contentious issues remain unresolved, most notably Yemen, where Saudi Arabia is fighting Iran-aligned Houthi rebels. 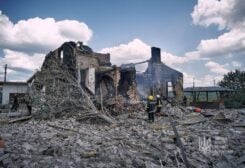