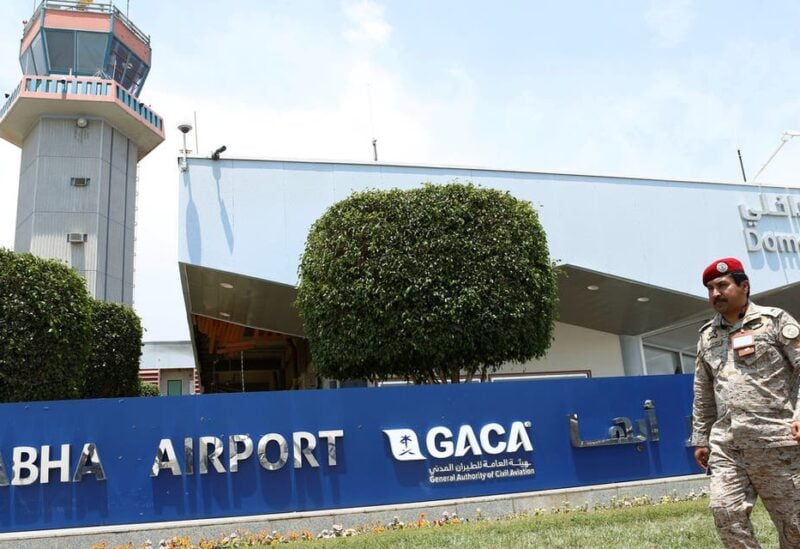 The Saudi-led coalition fighting Iran-aligned Houthis in Yemen said on Thursday four people including travelers and workers in Abha airport were lightly injured as shrapnel from a destroyed drone landed in the surrounding area.