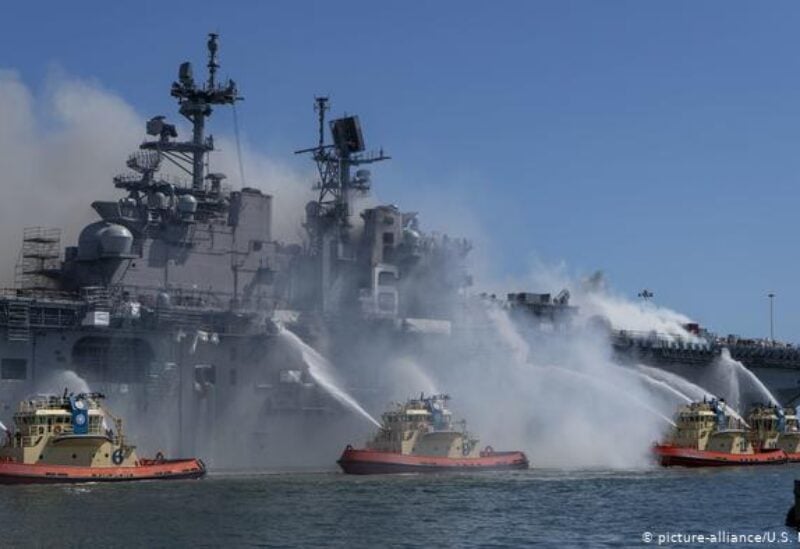 Aiming at strengthening relations and military cooperation between the two countries. The naval forces of Saudi Arabia and the US have kicked off a joint maritime exercise in the Red Sea
The “Indigo Defender-21” exercise, which will last for 10 days, was launched yesterday in the presence of Rear Admiral, Mansour Bin Saud Al-Junaid, the Assistant commander of the Kingdom’s Western Fleet and Naval Colonel, Daniel Bailey, of the US Navy
According to the Saudi Gazette, in addition to raising combat readiness between the two navies, the drill is also intended to exchange expertise in the field of port protection, clearing land and underwater mines and to contribute towards ensuring the freedom of navigation in the Red Sea.
Separately, the Gazette announced that the Saudi Royal Air Force participated in the Missile Air War Centre 2021 exercises yesterday, at the UAE’s Al-Dhafra Airbase “as well as other air forces from other friendly countries”.
The Indigo Defender-21 also follow’s a bilateral, mixed exercise between the Saudis and Pakistan earlier this month in Karachi, dubbed the “Naseem Al-Bahr 13”.