Saudi’s ambassador to Yemen discusses with US envoy peace initiative 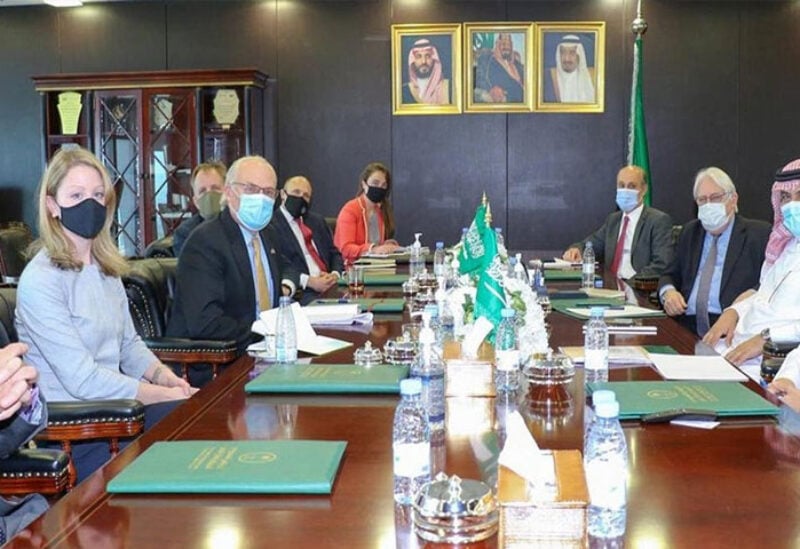 Saudi Ambassador meets with US envoy in Yemen

Saudi Arabia’s ambassador to Yemen Mohammed bin Saeed Al-Jaber discussed the Kingdom’s peace initiative in Yemen with the Special Envoy of the United Nations Secretary-General to Yemen Martin Griffiths, and the US envoy to Yemen Timothy Lenderking, according to a statement released by SPA.

SPA added that the during the meeting, they discussed the the joint efforts to reach a comprehensive political solution to end the crisis in Yemen.

Saudi Arabia has proposed a new peace initiative to end the ongoing conflict in Yemen between the internationally-recognized government and the Iran-backed Houthis, the Kingdom’s Minister of Foreign Affairs Prince Faisal bin Farhan said last Monday.

The new initiative includes a nationwide ceasefire that will be implemented under the supervision of the United Nations, the reopening of Sanaa International Airport, and the allowing of fuel and food imports through the Hodeidah port.