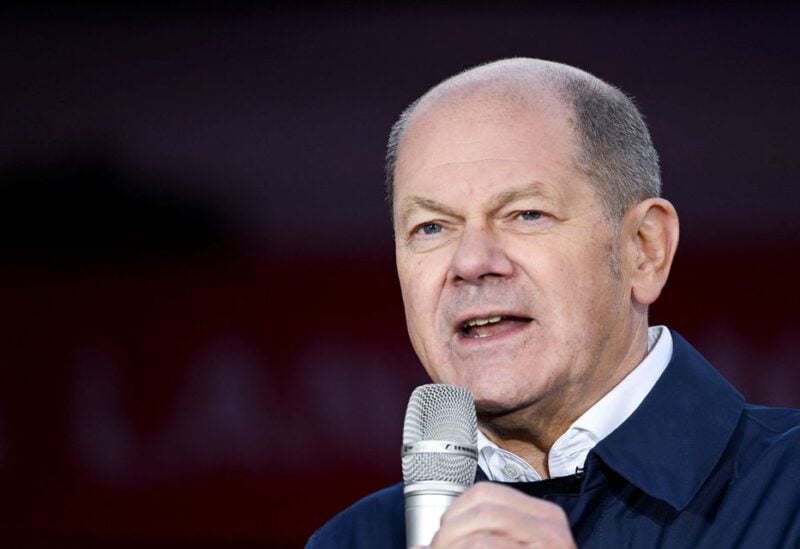 German Chancellor Olaf Scholz delivers a speech as he attends the final rally ahead of the regional elections in the state of Lower Saxony, in Hanover, Germany October 8, 2022. REUTERS/Fabian Bimmer

German Chancellor Olaf Scholz and US President Joe Biden spoke by phone on Sunday and agreed the Kremlin’s recent nuclear threats were “irresponsible” and their partial mobilization “a severe error”, according to a German government statement.

According to the statement, the nearly one-hour phone discussion was focused on preparations for the next Group of Seven and Group of Twenty meetings, which will address Russia’s invasion of Ukraine and its implications.

The two leaders agreed never to accept Russia’s annexation of Ukrainian territory, calling it a further escalation, the statement said.

They agreed Russia’s partial mobilization showed the “bitter price” Russians were having to pay for the miscalculations of President Vladimir Putin.

“They criticized the latest nuclear threats of Moscow as irresponsible and agreed such a step would have exceptionally serious consequences for Russia,” the statement said.

On the topic of the attacks on the Nord Stream pipelines, the two leaders agreed the sabotage of critical infrastructure would be dealt with decisively, it said.