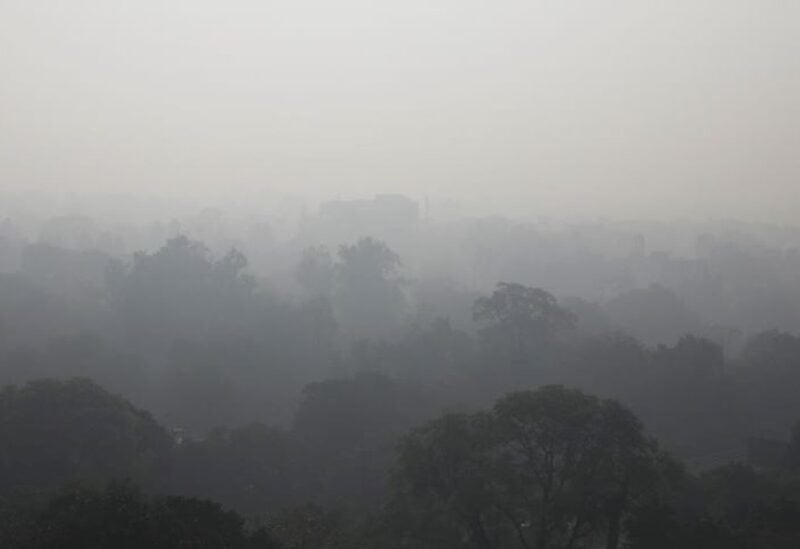 Buildings are seen shrouded in smog in New Delhi, India

Due to dangerous levels of air pollution, Delhi has closed schools until further notice, urged people to work from home, and banned non-essential trucks from entering the Indian capital.

Delhi, one of the world’s most polluted cities and home to approximately 20 million people, is engulfed in a thick blanket of smog every winter.

The Delhi government ordered schools to close for a week and construction work to be halted for four days on Saturday.

However, in an order issued late Tuesday, the Delhi Commission for Air Quality Management directed that all educational institutions remain closed until further notice.

Except for those carrying essential goods, lorries are prohibited from entering the capital until November 21, and most construction activity has been halted, according to the order.

“Anti-smog guns” and water sprinklers were ordered to be activated at least three times per day in hotspots.

Six of the 11 thermal power plants within a 300-kilometer radius have been ordered to shut down until further notice.

The commission also stated that at least half of government employees should be able to work from home, and it encouraged private-sector employees to do the same.

The order comes just days after the Delhi government resisted a request by India’s Supreme Court to declare a “pollution lockdown,” a first in India, which would confine the city’s population to their homes.

Smoke from farmers burning crop residue in neighboring states is one of the contributors to winter air pollution.

The government, on the other hand, told the Supreme Court that industry was the main source of pollution, followed by vehicular pollution and dust.

This week, PM 2.5 levels in several parts of the city have exceeded 400, the most dangerous particulate matter responsible for chronic lung and heart disease.

Last week, the levels reached 500, which is more than 30 times the World Health Organization’s maximum limit.

According to a 2020 Lancet report, nearly 17,500 people died in Delhi in 2019 as a result of air pollution. According to a report published last year by the Swiss organization IQAir, 22 of the world’s 30 most polluted cities are located in India.