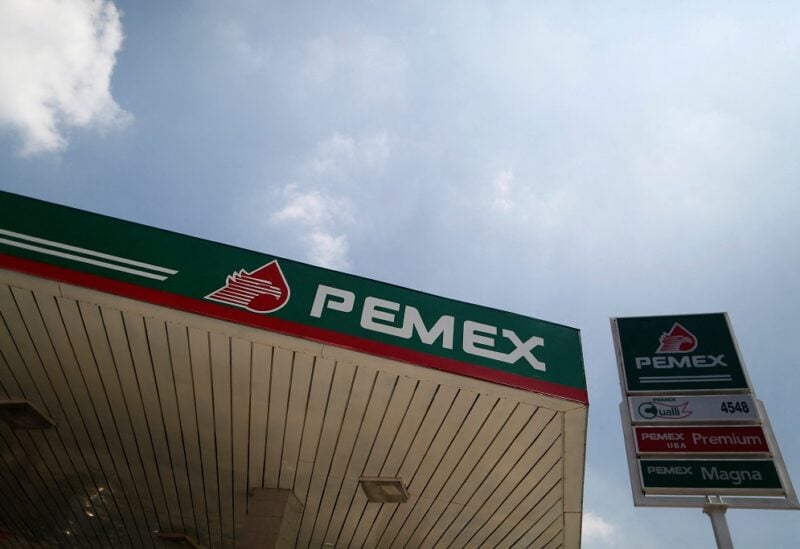 The logo of Mexican petroleum company Pemex is seen at a gas station in Mexico City August 28, 2014. REUTERS/Edgard Garrido/File Photo

Satellites detected a sizable methane leak at a Pemex-owned offshore facility in August, even as pressure grows on the government-run oil giant to cut back on these emissions, according to confidential information provided to Reuters.

According to Itziar Irakulis-Loitxate, a researcher from the Polytechnic University of Valencia, three satellites captured photographs of methane plumes at the Ku-Maloob-Zaap oil field cluster in the Gulf of Mexico during the course of six days between August 5 and August 29.

During these days, some 44,064 tons of methane were released into the atmosphere from the Zaap oil field in another “ultraemission”, Irakulis-Loitxate estimated. This is equivalent to 3.7 million tons of CO2.

Reuters was unable to determine the cause of the leak but experts have expressed concern over ailing infrastructure.

It comes after a peer-reviewed research paper in June, on which Irakulis-Loitxate was the lead author, uncovered a massive methane leak last December at the same oil field cluster, Mexico’s largest by production volume.

The work is part of a wider study funded by the European Space Agency, in which scientists are working to detect and quantify human-made emissions from space.

Methane, the main component of natural gas, is considered a much more potent driver of global warming in the short-term than carbon dioxide because it traps more heat in the atmosphere.

Pemex and the energy ministry did not respond to repeated requests for comment.

Mexican President Andres Manuel Lopez Obrador is under increasing pressure to clean up operations at Petroleos Mexicanos (PEMX.UL), as the world’s most indebted oil company is formally known.

Lopez Obrador has pushed for Pemex to increase oil production but critics warn the drive is causing an environmental disaster with the company’s ageing infrastructure and under-investment.

In June, the president promised to tackle methane emissions from the oil and gas sector after meeting U.S. Special Presidential Envoy for Climate John Kerry.

Opposition Senator Xochitl Galvez, with whom Reuters shared the findings, said she would file a new complaint to a government watchdog and environmental regulators over the issue.

Galvez demanded an independent inquiry and also filed complaints to the watchdog and regulators following the Reuters story in June on the earlier methane leak.

“It’s really alarming what is happening,” Galvez said. “Pemex should be stripped of its rights to operate it.”

Natural gas that comes to the surface as a byproduct of oil exploration and production is routinely burnt off, or flared, to reduce methane’s harmful impact on the environment.

But the direct release of methane on this scale is unusual and environmentally catastrophic, experts said.

Releasing natural gas directly into the atmosphere, or venting, is illegal under Mexico’s hydrocarbon law; it is only permitted when done for security reasons.

Irakulis-Loitxate said Pemex had been venting “vast amounts of methane” when the flare was not lit.

“In December, the flaring shut down, and they were venting gas almost constantly for 17 days,” she said. “This time, however, they have been venting and flaring gas intermittently during the whole month.”

Irakulis-Loitxate said the data does not establish whether it has been fixed.

To get a fuller picture of the event, she further evaluated another set of data taken by a fourth satellite that detects fire radiation and provides daily data. It fills in the gaps where there is no information from the other satellites.

During the gas venting periods, the satellite did not detect the radiation that would have been emitted by the flares, she said, confirming the flare was indeed off.

Pemex has not publicly addressed the findings. Two sources familiar with operations, who spoke on the condition of anonymity, confirmed to Reuters the platform was having issues.

The share of natural gas that comes to the surface as a byproduct increases as older fields, like the ones in the Gulf of Mexico, are being depleted.