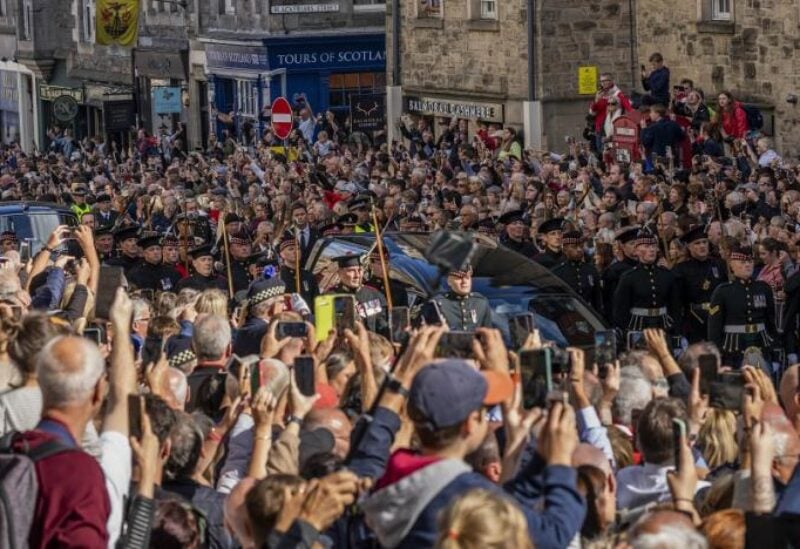 Scottish police said they had made three arrests in Edinburgh relating to breaches of the peace – causing a disturbance – on Sunday and Monday as Queen Elizabeth’s coffin was moved around the city.

Elizabeth died on Thursday in her holiday home at Balmoral, in the Scottish Highlands, at the age of 96 after a 70-year reign, plunging the nation into mourning.

So far, her death has seen hundreds of thousands of mourners line the streets to view her hearse as it travels around the country, mostly drawing tears, applause or somber reflection.

A 22-year-old woman, who had been pictured holding an anti-monarchy sign, and a 74-year-old man who were arrested separately on Sunday were charged with breaching the peace.

The third, a 22-year-old man arrested on Monday along the route of the procession of the queen’s coffin through Edinburgh, has yet to be charged.

Reuters could not verify the circumstances around any of the arrests.