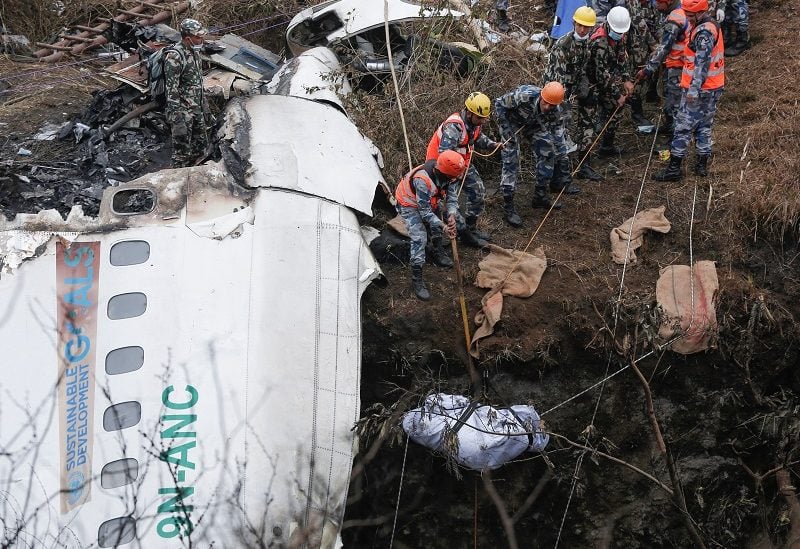 A rescue team recovers the body of a victim from the site of the plane crash of a Yeti Airlines operated aircraft, in Pokhara, Nepal January 16, 2023. REUTERS/Rohit Giri NO RESALES. NO ARCHIVES

Rescuers had recovered 68 bodies out of the 72 people onboard the ATR 72 aircraft operated by Yeti Airlines that crashed in the tourist city of Pokhara minutes before landing on Sunday in clear weather.
The plane, on a scheduled flight from Katmandu to Pokhara, gateway to scenic Annapurna mountain range, was carrying 57 Nepalis, five Indians, four Russians, two South Koreans, and one person each from Argentina, Ireland, Australia and France.
Pokhara police official Ajay K.C. said the search-and-rescue operation, which stopped because of darkness on Sunday, had resumed.