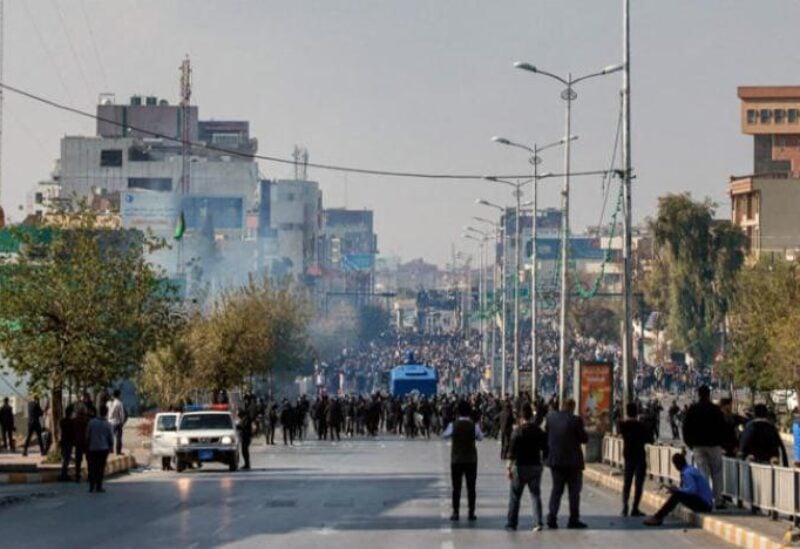 Security forces in the northern city of Sulaymaniyah in the Kurdistan region of Iraq, on Tuesday, dispersed thousands of students partaking in a demonstration demanding the restoration of monthly payments.

Riot police disbanded the protest, firing shots in the air and a volley of tear gas canisters.

Such turmoil and severe social inequalities affect the image of the Kurdistan region, which is trying to emerge as a haven for stability and economic prosperity in an Iraq that repeated wars have undermined.

According to AFP, thousands of students gathered on Tuesday for the third day in a row in front of Sulaymaniyah University and blocked the highway linking Sulaymaniyah to the city of Kirkuk.

Demonstrators are demanding the repayment of $40-$66 monthly allowances that were granted to students but have been suspended since 2014.

The financial stipend program was frozen after the collapse of global oil prices and due to budget disputes between Kurdistan and Baghdad.

Security forces fired tear gas canisters at the demonstrators several times before firing warning shots into the air to force the students to disperse.

This was followed by hit-and-run raids in the city featuring security forces and protesters who set piles of trash on fire.

“We, as students, are demonstrating because of the six-year cut-off in stipends,” said one of the protesters under the conditions of anonymity.

“We desperately need this small amount. There are students among our colleagues who are unable to travel to their home in the districts and sub-districts due to the lack of sufficient funds for that,” they added.

“There are other students who can’t eat three meals a day,” revealed the protester.

“The protesters’ demands are legitimate. Students are suffering from a difficult economic situation, and the government must respond to their demands,” said Sara Qadr, a PhD student at the Sulaymaniyah University.