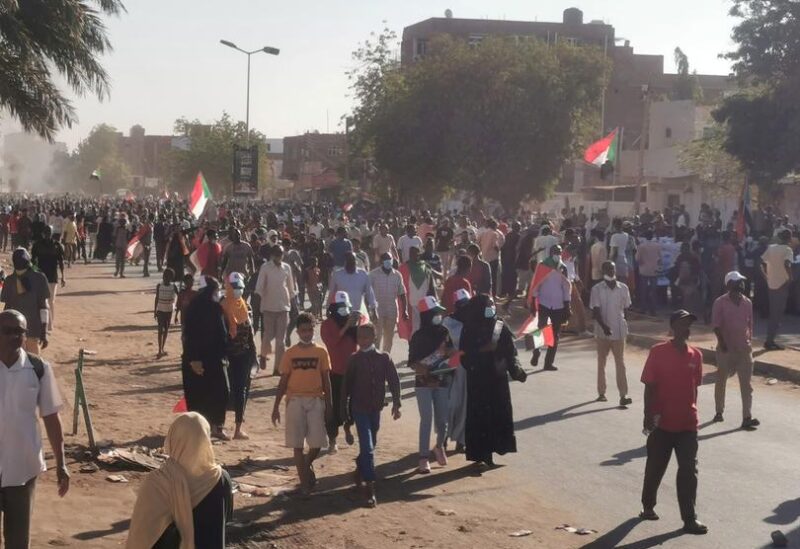 In violation of a rally prohibition, security police used tear gas to disperse thousands of protesters protesting against military rule in Sudan’s capital Khartoum on Sunday.

Crowds came within 2 kilometers of the presidential palace on the banks of the Blue Nile before being stopped by security troops, according to a Reuters correspondent.

“We go out to protest so that our children can grow up in a civic, democratic state. We will not allow our children’s future to be taken away from them “Mohamed Abdelrahman, a 51-year-old government employee, was one of the protesters.

There was no immediate statement from the military rulers who have been trying to contain a series of protests across Sudan since they took power on Oct. 25.

Armed soldiers and military vehicles were deployed across the city for the first time in recent weeks in an apparent show of force.

Pictures and footage of rallies in other towns and cities across Sudan were posted on social media, though Reuters could not independently verify when the images were taken.

The October coup halted a power sharing arrangement between the military and civilians negotiated in 2019 after former president Omar al-Bashir was overthrown in an uprising.

On Saturday, Khartoum State authorities issued a decision banning processions and mass gatherings in central Khartoum, urging people to gather instead in squares and local areas.

Some 78 civilians have been killed and more than 2,000 injured in crack-downs on the protests, mainly by gunshots and teargas canisters, according to the Central Committee of Sudanese Doctors, which is aligned with the protest movement.

Military leaders say peaceful protests are allowed and protest casualties will be investigated.