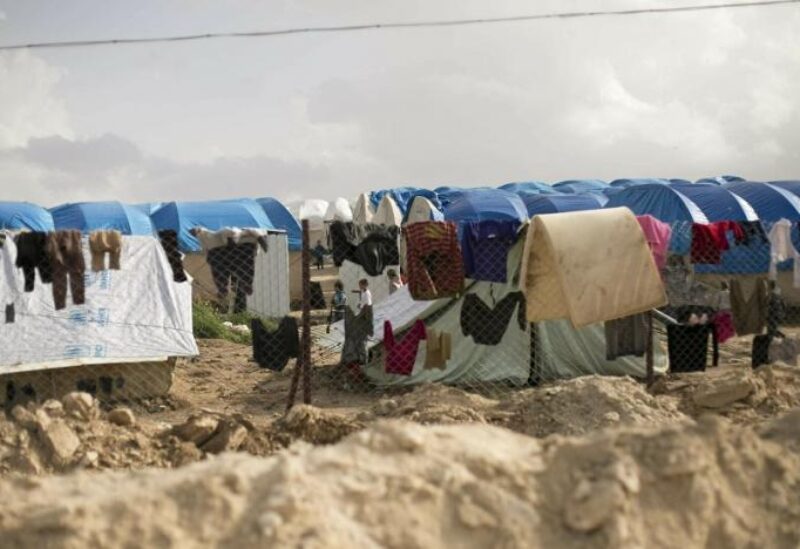 Concerns are growing of a coronavirus outbreak at a sprawling camp in northeast Syria that houses tens of thousands of refugees, including families and supporters of the ISIS group, a Kurdish official said Monday.

At least two people at the al-Hol camp have died of COVID-19 in the past few weeks and 19 who tested positive for the virus are currently in isolation, according to Jaber Mustafa, an administrator at the crowded facility. The camp is home to some 60,000 people, many of them foreign nationals. Coronavirus cases have surged in northeast Syria since the beginning of the year.

In an interview Saturday, Mustafa told The Associated Press that it has been difficult to control and administer the camp amid the spread of coronavirus and a wave of violence and crime that prevailed in the past months and left dozens of people dead in the facility. He also said security has dramatically improved since a sweep last month that netted extremists and their sleeper cells.

“Most of the residents are children and women who move a lot between tents,” Mustafa said of his concerns for contagion, adding that the security situation has complicated access by aid groups.

In late March, the main US-backed Kurdish-led force that runs this corner of northeast Syria launched a five-day sweep inside al-Hol that was assisted by US forces. At least 125 suspects were arrested. Since then, Mustafa said security has improved and only one killing and one attempted killing have taken place.

“The security and humanitarian campaign succeeded at a level of about 85% and reduced crime and brought stability and security,” Mustafa said. He said that aid groups are now active again inside the camp that consists of thousands of tents.

The majority of al-Hol’s residents are Iraqis and Syrians, but it includes some 10,000 foreigners from 57 other countries, housed in a highly secured separate area known as the Annex. Many of the camp’s residents remain die-hard ISIS supporters.

Many countries have been refusing to repatriate their citizens who came from around the world to join ISIS after the extremists declared their so-called “caliphate” in 2014. The group was defeated in 2017, but the resident of al-Hol continue to languish in the camp but few countries have accepted to take back their citizens, fearing their links to ISIS.