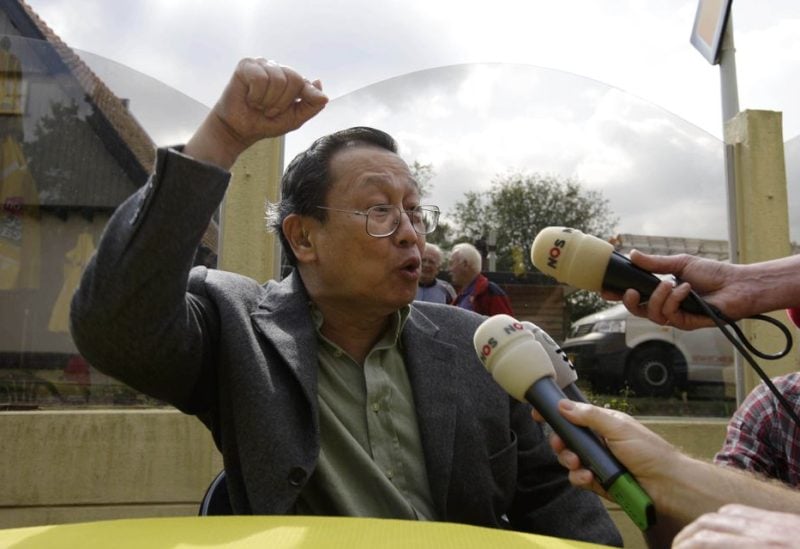 Jose Maria Sison, founder of Philippine Communist Party, reacts after he was released from Scheveningen prison in the Netherlands September 13, 2007. REUTERS/Ronald Fleurbaaij

Jose Maria Sison, the leader of the Philippine Communist Organization, passed away on Friday evening at the age of 83 after spending two weeks in a Dutch hospital, according to his party.

The New People’s Army (NPA), the military component of the Philippine Communist Party founded by Sison, has been engaged in one of the longest-running insurgencies in history. Over 40,000 individuals have died in the battle between the NPA and the Philippine government.

“The Filipino proletariat and toiling people grieve the death of their teacher and guiding light,” the party said in a statement on its website.

The self-exiled communist leader has lived in Europe since the late 1980s, after his release from jail following the fall of dictator Ferdinand Marcos, whose namesake son was elected president in a May election this year.

Sison was put on a U.S. terrorist list in 2002, preventing him from travelling.

The party said Sison died peacefully at around 8:40 p.m. (1240 GMT) on Friday after being confined in the hospital in Utrecht. It did not give a reason for Sison’s confinement.

“Even as we mourn, we vow (to) continue to give all our strength and determination to carry the revolution forward guided by the memory and teachings of the people’s beloved Ka Joma,” the party said.

President Marcos’ predecessor, Rodrigo Duterte, had prioritised ending the conflict with the NPA when he took office in 2016, but he abandoned peace efforts, infuriated by repeated rebel attacks during the talks

Following Sison’s death, the Department of National Defense (DND) called on the “remaining few believers … (to) turn their backs on the violent and false ideology” of the Communist Party.

“The greatest stumbling block of peace for the Philippines is gone; let us now give peace a chance,” the DND said in a statement.