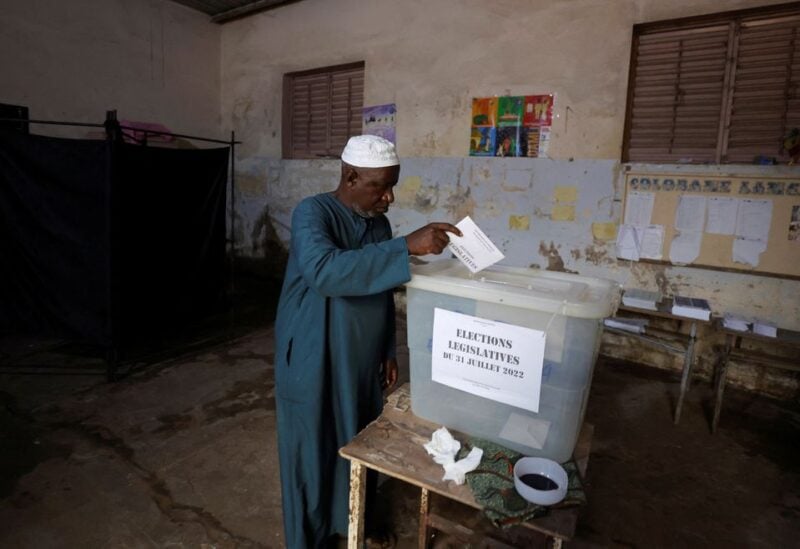 A man casts his ballot during the parliamentary election, in Pikine, on the outskirts of Dakar, Senegal, July 31, 2022

Senegal began counting ballots on Sunday in a parliamentary election that pitted President Macky Sall’s governing party against an opposition energized by food price increases and suspicions that Sall could run for a controversial third term in 2024.

Around seven million people were eligible to vote, but turnout seemed to be poor, with only 22% around lunchtime.

The results will be available on Monday.

The political climate in the country of 17.5 million people, which is regarded one of West Africa’s most stable democracies, has become more tense, fueled in part by Sall’s unwillingness to rule out exceeding term limits.

After Sall’s primary opponent, Ousmane Sonko, was imprisoned on rape charges last year, violent demonstrations erupted. Sonko, who finished third in the 2019 presidential race, disputes the charges and claims they are political in nature.

After the major opposition coalition’s original list of parliamentary candidates, which included Sonko, was rejected on technical grounds, violent demonstrations erupted once more last month. As a result, the coalition’s backup list, which is primarily made up of unknowns, will be on the ballot.

The coalition, which formed an alliance with another led by 96-year-old former President Abdoulaye Wade, is hoping to build on gains the opposition made during the January municipal election when they won control of Senegal’s major cities.

Turnout, which was 53% in 2017, is crucial if the opposition hopes to win enough seats to challenge Sall’s ambitions.