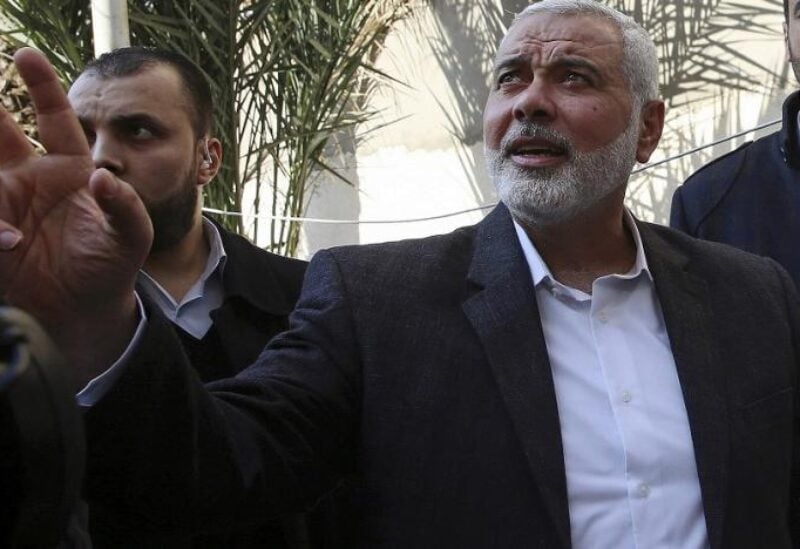 In a rare public visit to Jordan, two senior Hamas figures on Friday attended a funeral in Amman of a former spokesman of the militant group

“Jordan is the strategic depth of our cause,” Hamas chief Ismail Haniyeh told reporters after the funeral of Ibrahim Ghoshah.

Mr Meshaal lives in Qatar and remains influential in the group, while Mr Haniyeh lives in the Hamas-controlled Gaza Strip.

Jordanian authorities did not comment on the visit, but the two men would have needed official permission to enter the country. Jordan expelled Mr Meshaal, along with the rest of Hamas, in the late 1990s.

While the visit does not necessarily mark a detente between Jordan and Hamas, it carries political significance in that the two men were allowed to mingle with hundreds of mourners and speak to media.

When Amman expelled the Iranian- and Qatari-backed group two decades ago, it accused it of undermining security in Jordan, which is a US ally.

Most western nations regard Hamas as a terrorist organisation. Hamas’s “external leadership”, as opposed to Hamas leaders in Gaza, moved to Syria after expulsion from Jordan.

The group quietly left Syria for Qatar in late 2011, months after a revolt against five decades of Assad family rule broke out in March.

Sunni coreligionists of Hamas, some of whom were Palestinian refugees in Syria, bore the brunt of a regime crackdown against the revolt.

Jordan has kept channels open with Hamas and sent aid to the Gaza Strip after an 11-day war between Israel and Hamas in May. The group has controlled Gaza since 2006.

Hundreds of Jordanians, mostly of Palestinian origin, attended the funeral of Ghoshah, who was in his 80s and lived in Amman.

“We sacrifice our blood, our soul for you, Hamas,” some shouted as Mr Meshaal and Mr Haniyeh left the mosque and departed in separate SUVs.

Although Mr Haniyeh is more senior by rank, a larger proportion of the crowd surrounded Mr Meshaal to greet him. Only a few people wore masks.

Known as Abu Al Waleed, Mr Meshaal studied physics in Kuwait and was one of Hamas’s founders, along with Ghoshah, in the 1980s.