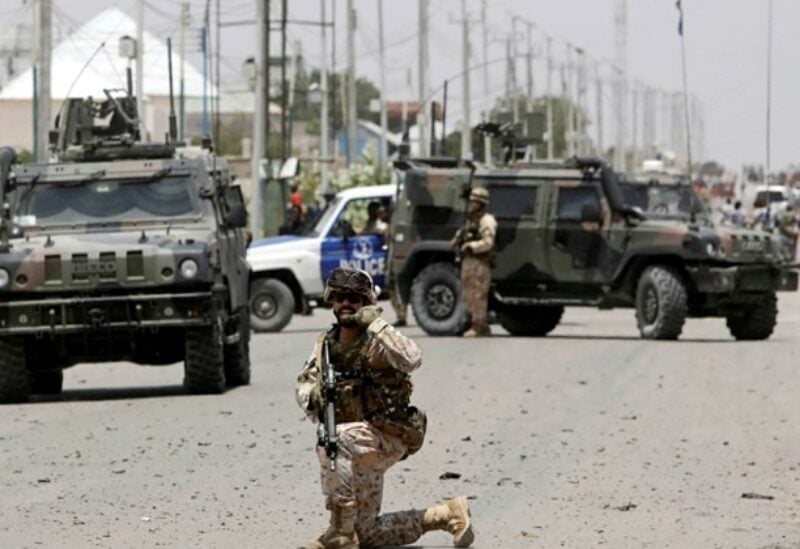 A bomb blast in Somalia’s capital Mogadishu late on Saturday night, led to the killing of at least four soldiers, including a district security chief, and three others wounded.
A vehicle carrying security personnel was targeted with a remote-controlled improvised explosive device in Mogadishu’s Daynile district, a police officer told Anadolu Agency.
The blast took place in front of the district’s main police station and the dead include Abdisamad Ugas Fara’ade​​​​​​​, the top security official in Daynile.
The attack was claimed by the al-Shabaab terrorist group.
It was the second bomb blast in the Horn of African country in less than 24 hours.
Earlier on Saturday afternoon, al-Shabaab claimed to have killed a senior security official in a bombing in the port city of Kismayo in Jubaland State.
That came on the heels of an al-Shabaab attack in Jubaland’s Taabto town in which three officials, including the town’s mayor and head of its town’s taxation department, were gunned down.​​​​​​​