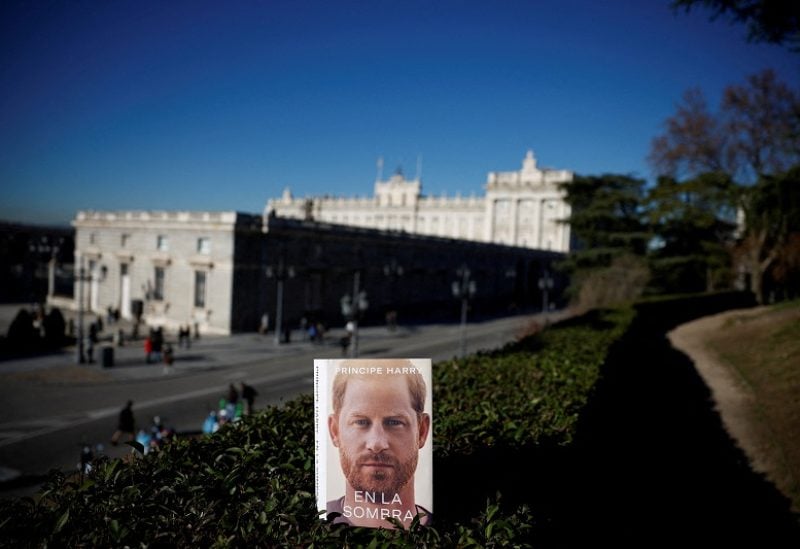 A Spanish copy of Britain's Prince Harry, Duke of Sussex's book 'Spare' is pictured in this illustration image outside the Royal Palace in Madrid, Spain, January 5, 2023. REUTERS/Juan Medina/Illustration

After Prince Harry admitted in his memoir to killing 25 people in Afghanistan, describing them as “chess pieces” on a board, a wave of criticism emerged by Senior Taliban leaders.

The prince has detailed his time serving as a military helicopter pilot — first as a forward air controller in 2007 and again in 2012 when he was a co-pilot gunner — in his book “Spare.”

The memoir, which went on sale in Spain days before its global launch on Jan. 10, has hit the headlines for its in-depth disclosures about the rift between Prince Harry and his brother William, Prince of Wales.

In one chapter of the book, Prince Harry, 38, details his two tours of Afghanistan, as well as the number of people he killed.

He writes: “It wasn’t a statistic that filled me with pride but nor did it leave me ashamed, when I found myself plunged in the heat and confusion of combat I didn’t think of those 25 as people.

“They were chess pieces removed from the board; bad people eliminated before they could kill good people.”

Anas Haqqani, a leader of the Taliban movement in Afghanistan, hit out at the prince’s “chess pieces” comment.

He tweeted: “Mr Harry! The ones you killed were not chess pieces, they were humans; they had families who were waiting for their return.

“Among the killers of Afghans, not many have your decency to reveal their conscience and confess to their war crimes.

“The truth is what you’ve said. Our innocent people were chess pieces to your soldiers, military and political leaders. Still, you were defeated in that ‘game’ of white and black squares.

“I don’t expect that the ICC will summon you, or the human rights activists will condemn you, because they are deaf and blind to you.

“But hopefully these atrocities will be remembered in the history of humanity.”

He said: “The western occupation of Afghanistan is truly an odious moment in human history, and comments by Prince Harry are a microcosm of the trauma experienced by Afghans at the hands of occupation forces who murdered innocents without any accountability.”

When asked about the royal’s comments, a spokesperson for Britain’s Ministry of Defence said: “We do not comment on operational details for security reasons.”

However, Col. Richard Kemp, who took command of British forces in Afghanistan in 2003 before his retirement, told Sky News that Prince Harry’s comments about targets being “less than human” were dangerous.

He said the remarks “were probably ill-judged for two reasons. One is his suggestion that he killed 25 people will have reincited those people who wish him harm.”

Kemp also said people who support the Taliban may now be “motivated to kill Harry” because of memories that may have been “resurrected” by what he said.

Representatives of Prince Harry have not commented.