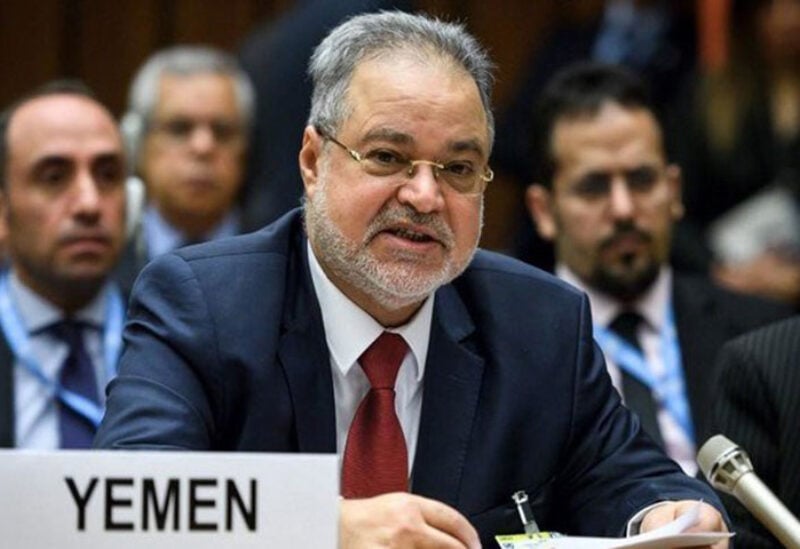 The adviser to Yemen’s president Abdulmalik Al-Mekhlafi said on Sunday that the UN should clearly condemn the Houthis for their “racist” treatment of African refugees.

Al-Mekhlafi said the racist way that Houthis treat African migrants and their crimes against them is an extension of the militia’s “crimes and racism against Yemenis.”

“What is happening in Sanaa to African refugees at the hands of the Houthis is not characteristic of the ethics of Yemenis,” Al-Mekhlafi tweeted.

The adviser’s comments come a day after reports said that hundreds of African migrants from Sanaa were kidnapped on Saturday and forced to cross into government-controlled areas in a bid to suppress demands for an investigation into a deadly fire at a detention center in March.

“In every meeting I have had with him and in every forum on Yemen, the United Nations Secretary-General Antonio Guterres, the former High Commissioner for Refugees, has praised the ethics of Yemenis in dealing with refugees,” Al-Mekhlafi tweeted.

Al-Eryani said that the interview with Hawk Newsome reminds the world of Houthi crimes committed against African refugees “which continue till this moment.”

He added it highlights the need to obtain justice for the victims and their families and that those responsible for these crimes should be brought to justice.