Serbian activists rally against laws on expropriation and referendum 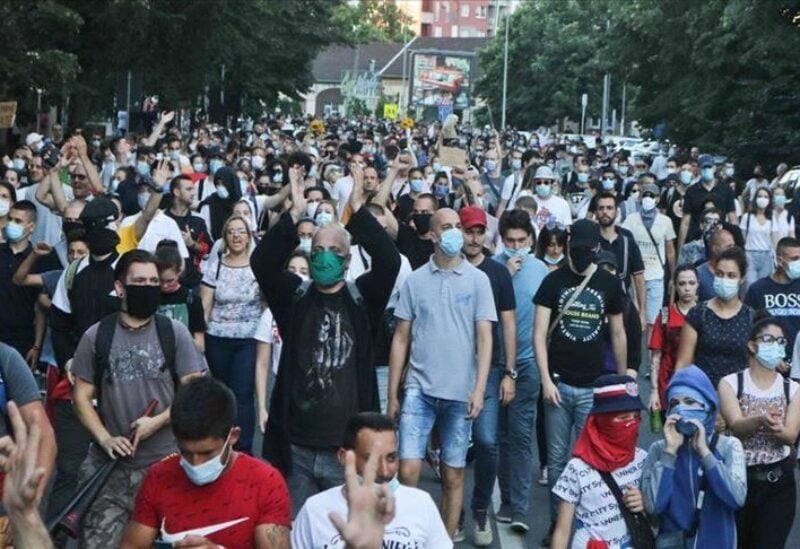 Approximately 2,000 protesters marched in Belgrade on Wednesday in opposition to the planned adoption of expropriation laws and a referendum that they claim is intended by the government to help investors speed up their mining projects in Serbia.

Protesters gathered in front of President Aleksandar Vucic’s office and marched through the city center.

Serbia is one of Europe’s most polluted countries, and if it wants to join the EU, it will need billions of euros to meet the bloc’s environmental standards.

Belgrade has offered mining resources to foreign companies, including China’s Zijin copper miner (601899.SS) and Rio Tinto (RIO.L), to accelerate economic growth, despite opposition from some residents and environmentalists who say ore exploration would increase pollution.

Rio said it would follow all domestic and EU environmental regulations at its $2.4 million lithium mine in Serbia. more info

Many residents in areas slated for mining and infrastructure projects refused to sell their property and instead went to court, seeking higher compensation in months-long legal proceedings.

The draft law on expropriation will be debated in the coming days in parliament, which is dominated by a Vucic-aligned alliance. It envisages a deadline of up to eight days for the state to expropriate property.

“People… will no longer have the right to seek just compensation in court,” protester lawyer Bozo Prelevic said.

Activists have threatened to shut down major highways across the country if the law is passed.

Vucic, who has been chastised for his support for the Rio and other mining projects, told reporters that the law would prevent people from seeking compensation that is significantly higher than market prices.

Activists also protested against the draft law on the referendum. Vucic said in June a referendum would be held to allow people to decide whether the Rio lithium project should go ahead.